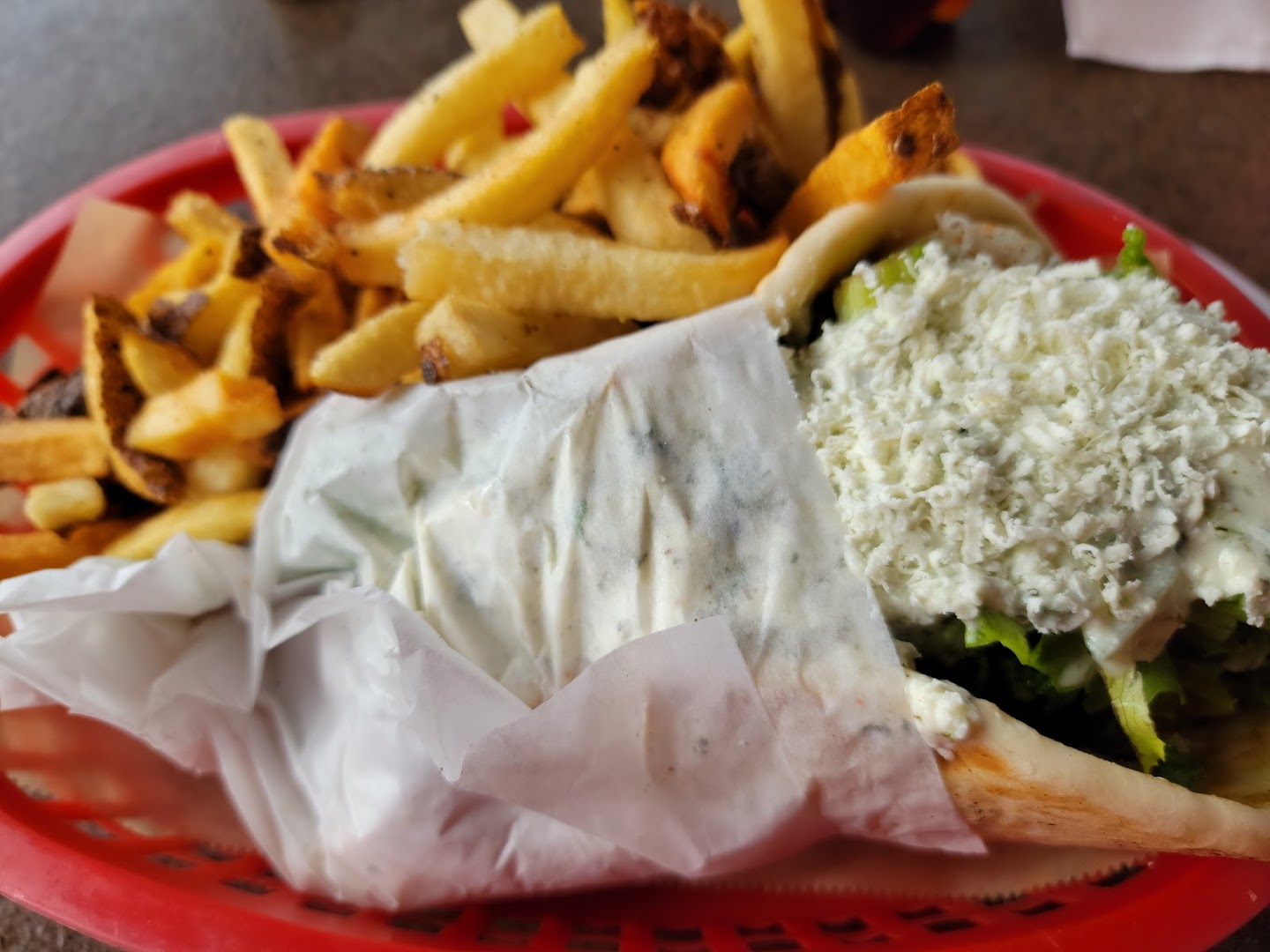 I really like the cheesesteaks and gyros here and I was going to order a gyro but I asked him to cut the meat fresh because they put the precut gyro meat in some kind of juice that I don’t like. He refused to sell me a gyro because he didn’t want to cut fresh meat. He said he has to use it or hes going to throw it away. Really didn’t sound appetizing at all. I couldnt believe he would rather loose the sale of the gyro than cut meat off the roast in front of his face. I skipped the gyro. Then I decided after I ordered my cheesesteak sandwich I wanted extra meat and he gave me a huge attitude about it. I wish the customer service was as good as the sandwich.The guy was pretty rude, but the cheesesteaks were good. I also ordered donuts. Safeway donuts are better. Weird that the gyro and cheesesteaks are better than the donuts at the donut shop.

Was pleasantly surprised at how good this place ended up being. Got the lamb&beef gyro combo and subbed for the Greek fries instead- definitely worth the upcharge from the regular fries. I got a side of tzaziki sauce which also tasted great even got a couple donuts afterwards too. love that there is also the option of drive thru convenience

My coworker & I both stopped in today & bought 2 donuts each-all of them were stale, dry & tasted like cardboard. Neither of us ate them, and I’ve never met a donut I didn’t eat.. They should be ashamed of taking money for those flour-pucks. Waste of time & $

$16.75 for four donuts that are mediocre at best, and taste greasy. Way too overpriced, and donuts are not good. The girl is not nice either

Great owner, prepares his goods on site. You have to be quite early or your favorites may sell out. Will return to choose among his many Greek dishes and salads!

Still open and serving delicious Gyros!!! I came all the way from puyallup to visit these guys….craving their good food! If I wasn’t dieting I’d be eating their donuts too!
No dine in, to go only. Bathrooms ARE open to customers ONLY!!! ALL COVID precautions are being taken inside, very clean! See photos for menu! 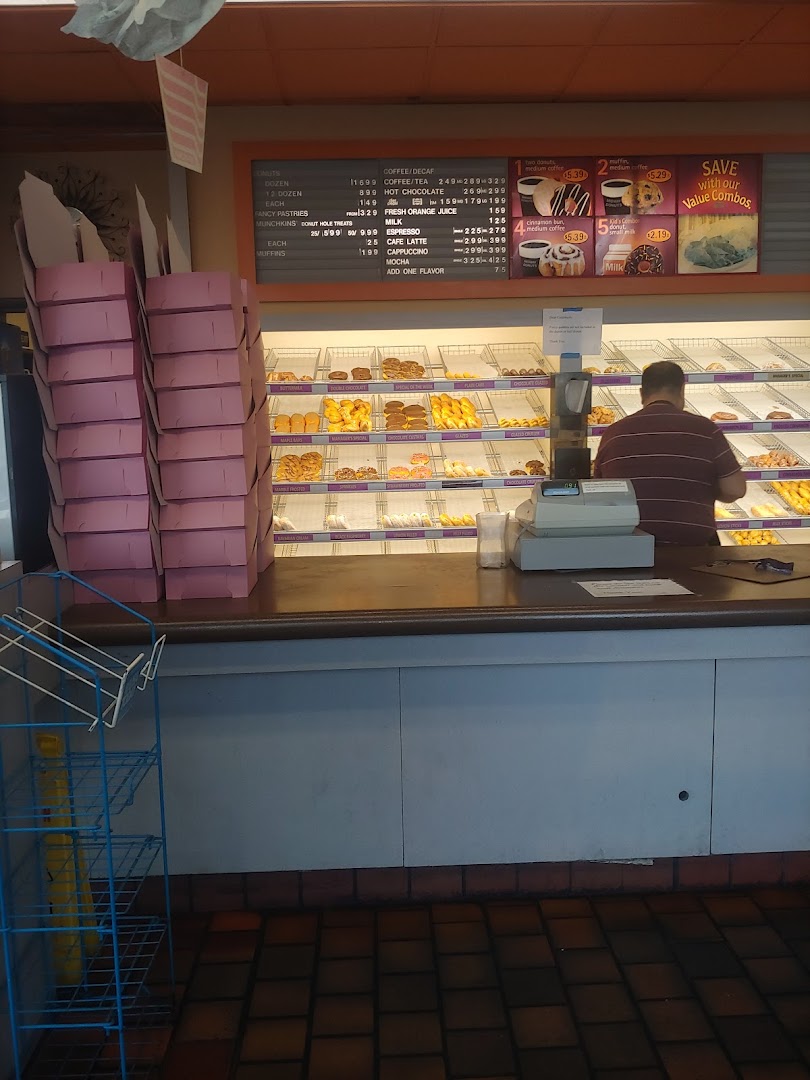 We just st stoped by today for doughnuts …ughhh the worst doughnuts ever …one bite for me and that was it..what a waste of of money…service wasn’t good either she seemed moody to be there,oh well …will not be going there again

Wouldn’t recommend, the donuts taste like oil. Throw them away, half a dozen for is listed at 7.99 but comes out to 10.11 after tax. The guy gave me half a dozen donuts in a small brown bag, I had to ask for a box and put them in myself. The donuts were broken and smushed, I was getting them for a friend but lesson learned 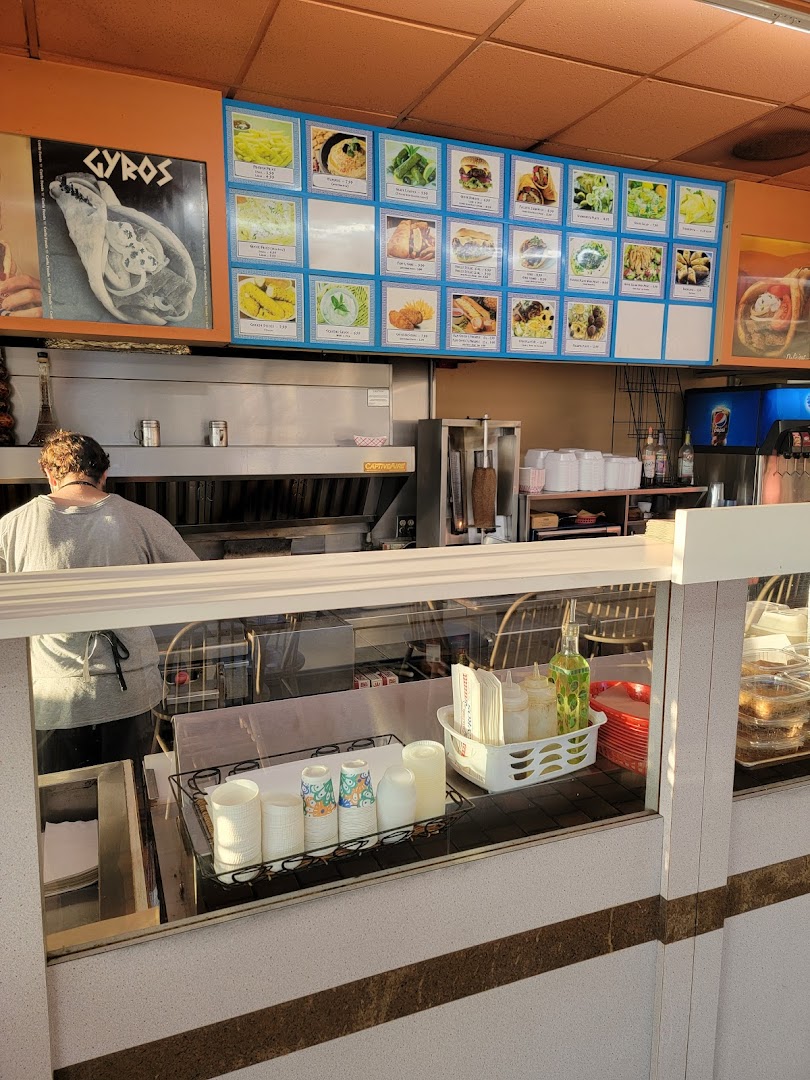 I should have stopped by Safeway instead, would have save me a few dollars. The crueller are gross, raw and tasted like grease. Bought a sugar donut, not impressed at all. Safeway is better at half the cost

Got the falafel plate to share – this is half of it! The drive through was convenient.