Skip to content
The Donut Whole » Does Dunkin Donuts Have Smoothies? (Are They Healthy? ) 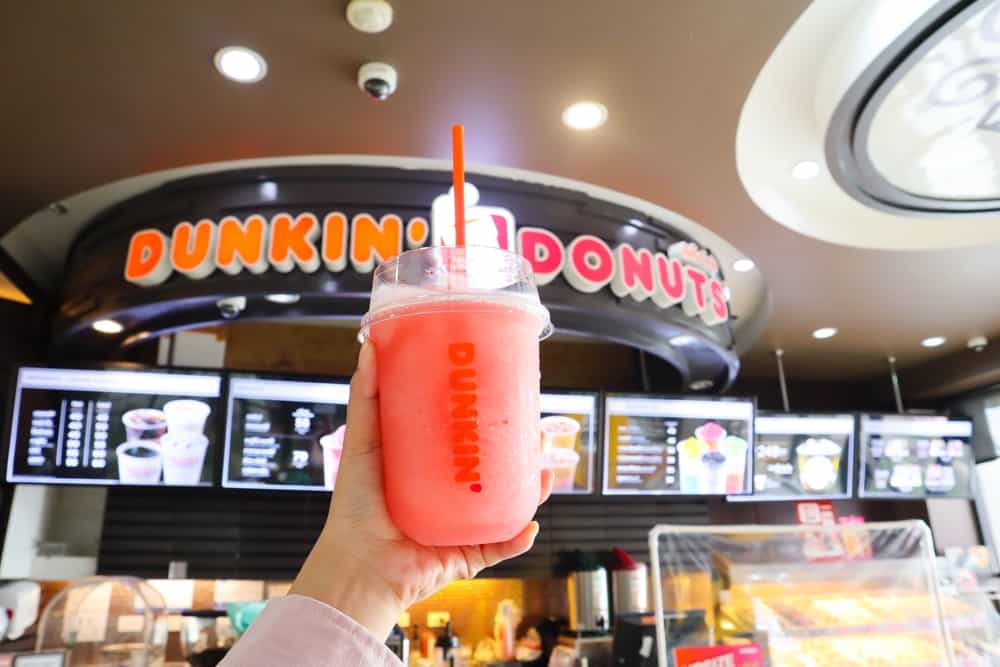 There’s no better way to cool down during the summer than with a smoothie or a coolatta. These flavorful mixes of fruits, ice, low-fat yogurt, and nectar will bring you refreshment, no matter where you are. Dunkin Donuts has a plethora of frozen drink flavors on its menu, as well as a secret menu that allows guests to be creative and come up with the recipes that they share. If you’re a regular guest at Dunkin Donuts, you must’ve tried some of the smoothie specialties which are available at the moment. Here’s everything you need to know about this delightful beverage treat for your taste buds!

Does Dunkin Donuts Have Smoothies? 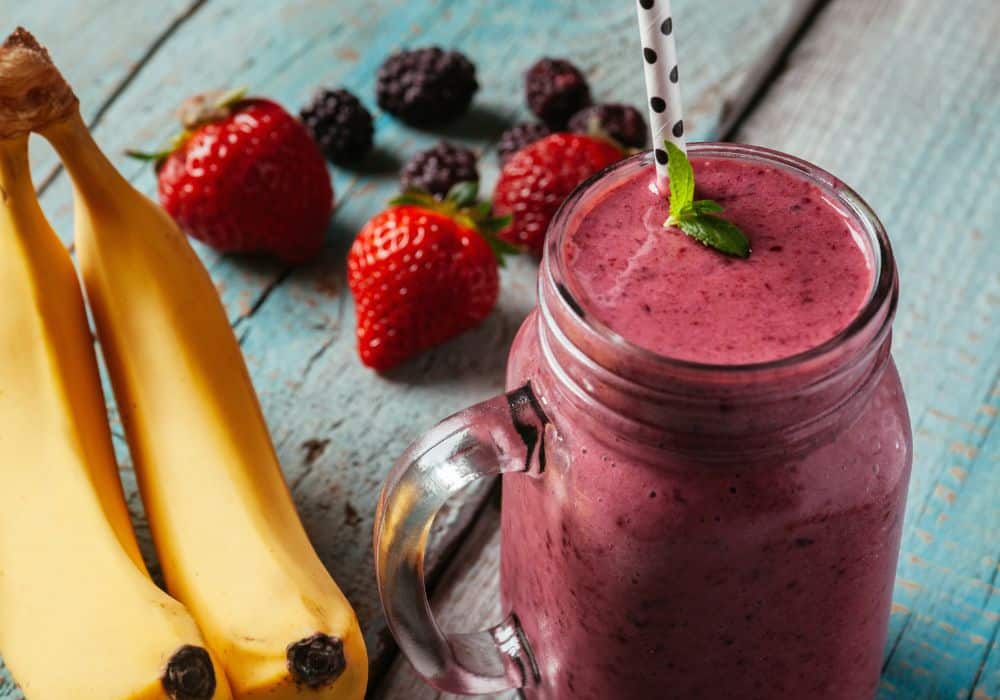 When navigating the official site of Dunkin Donuts’ one must wonder whether Dunkin’ Donuts serves smoothies, after all, considering that there is no smoothie selection on the site’s menu.

You can find beverages such as iced coffee that have fewer calories, as well as Mango Passionfruit coolatta lite or strawberry coolatta, but smoothies are nowhere to find.

It’s no secret that Dunkin’ Donuts constantly changes its menu, withdrawing and adding items as seasons change, including some really tasty coffee flavors and coolatta lite varieties. We can say that coolattas and smoothies are a frozen version of Dunkin’.

We saw many treats come and go, but with smoothies, it’s not that simple. Smoothies started being offered back in 2006, and you can still find them in some select stores. However, as for official drinks, Dunkin’ Donuts doesn’t serve smoothies, which doesn’t mean that you can’t get them in a select number of participating Dunkin’ Donuts stores.

That being said, some Dunkin Donuts stores do offer smoothies, and that is the Strawberry Banana and Tropical Mango.

Unfortunately, it’s not clear which ones do, so you’ll have to go to one of your nearby stores and ask them whether they serve this treat. Unlike Coolattas that rather feel like a slushie, Dunkin Donuts smoothies are made using real fruit and combined with low-fat yogurt.

If you visit Dunkin Donuts for a fresh smoothie, keep in mind that you can find them in three sizes offered – 16-, 24- and 32-oz.

What is in Dunkin Smoothies?

The new smoothies include flavors -Tropical Fruit, Wildberry, Mango Passion Fruit, and Strawberry Banana. They are made with real fruit and creamy low-fat yogurt. What makes smoothies stand out compared to the other frozen drinks made at Dunkin Donuts’ is that, unlike coolattas, these drinks contain real fruit in them.

Unfortunately, not all stores can afford to store fresh fruit, so the smoothie experience is only available at select Dunkin’ Stores. Dunkin’ Donuts always works on innovative new items, as it’s part of its strategic growth. However, most treats are only here for a limited time.

Still, even though things change at Dunkin’ often, dark roast coffee with added flavor shots like coconut, blackberry, raspberries, as well as flavors of oreo is something you’ll always be able to try.

Are Smoothies from Dunkin’ Donuts Healthy? Many people think that smoothies, coolattas, and other “healthy-like” drinks from fast food outlets are healthier than eating their full meals. However, according to Delish, smoothies from Dunkin’ Donuts are far from healthy.

Don’t let the fact that they use real fruits or yogurt that is low in fat deceive you. According to the compilation of smoothies from Delish, Dunkin’ smoothies aren’t much healthier than donuts themselves. According to the report, Dunkin smoothies are packed with sugar which increases their caloric value. They have enough sugar to be considered donuts.

If you grab a 16-oz drink, you’re likely to take about 80 grams of sodium and 54 grams of sugar in your organism. Will that help you lose weight? In the long run, it won’t.

Does Dunkin’ Have Fruit Smoothies?

Yes, all smoothies that Dunkin has on its menu are packed with real, fresh fruit if the store can store the fruit. If it doesn’t, then that store won’t serve smoothies and you can have a Coolatta instead. Compared to hot dunkaccino and other coffee flavors, Dunkin’ Smoothies provide the newest beverage offerings consistently. One of the flavors that makes an appearance occasionally includes the new Wildberry smoothie, which is the newest beverage innovation.

How Many Calories Are in Strawberry Banana Smoothie? One 16-oz Strawberry Banana Smoothie is packed with 290 calories. It has more calories than most of the other frozen drinks at Dunkin Donuts’ unless you mix multiple ingredients, but certainly more than coffees, and can even be considered a mini meal. Still, the best part is that this smoothie uses real strawberries, which gives it both bold flavor and bitterness at the same time.

How Much Sugar is in Strawberry Banana Smoothie?

How Do You Make Mango Smoothie Like Dunkin Donuts?

The recipe to make a Mango Smoothie like the one at Dunkin’ Donuts may differ from recipe to recipe, but this is our approach to making it most similar to everyone’s favorite Dunkin Smoothie.

You can opt for other types of mango juice too, but this one is most loyal to the original taste. Blend or mix all the ingredients and let them cool down for a few minutes. Enjoy your homemade Dunkin mango smoothie!

What’s the Difference Between a Coolatta and a Smoothie?

Many people use the terms Coolatta and Smoothie interchangeably. One may swear that Dunkin’ Donuts has a huge smoothie menu, when in fact, it’s just Coolattas. Many people tend to mix them up, but here we’ll reveal the real difference.

Related  What Syrup Does Dunkin Use? (2022 Update)

Coolattas may also feel smoother compared to smoothies, but that’s just because Smoothies are made using real fruit while Coolattas may have puree at best. Still, we can always agree that smoothies are lower-calorie versions of the Coolatta.

Another difference worth noting is that Dunkin’ Donuts restaurants also make frozen coffee coolatta, and can be combined with other non-coffee flavors such as vanilla bean coolatta, minute maid orange coolatta and other coolattas like a unique blend of mocha with raspberry. The best part is that the new choices are constantly on the rollout, and you can always get a greater variety of coolattas compared to smoothies, but only in select markets.

You can try Dunkin donuts smoothies with blueberries added any time of day, along with a donut which is the signature treat of America. Nevertheless, both smoothies and Coolattas make product innovations compared to traditional espresso, cookies, and other chocolate flavors.

Whether you opt for a Dunkin smoothie or a Coolatta, you’re guaranteed to enjoy a delightful refreshment beverage. Because they are made with a lot of sugar to enhance the taste, they’re not much healthier than donuts people avoid staying healthy, but now and then, you can treat yourself to a small or larger smoothie from Dunkin’ Donuts.

You can always get some other indulgent beverage like the frozen dunkaccino, or make up your own flavor that you can share on Twitter or Facebook later. Also, don’t forget to enjoy sandwiches such as bagels, cheese, sausage, and other protein-rich meals. Combined with a smoothie, they give a sweet twist to your diet.

What’s your favorite fruit smoothie from Dunkin’ Donuts? Do you prefer smoothies or Coolattas?