Skip to content
The Donut Whole » How To Make Cream Cheese Donut? 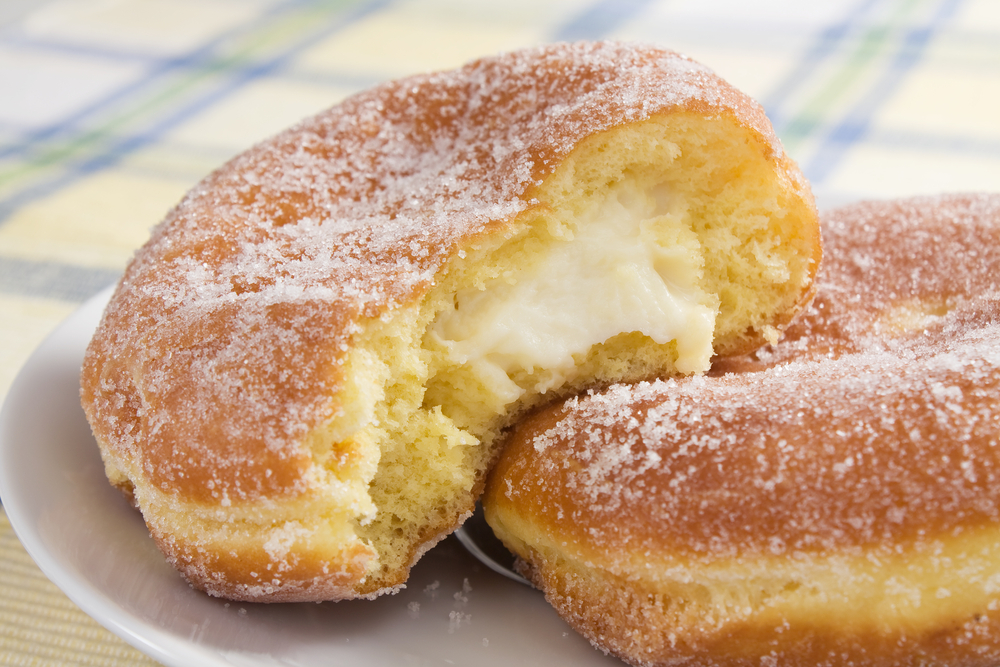 One of the most popular pastries in the world is the donut. The popularity of fast-food restaurants like Donkin Donuts has spread throughout the world.

However, the truth is that donuts predate the American businesses that made them popular by a very long way.

In addition to sharing some interesting facts about this well-liked treat, we’ll show you how to prepare a doughnut filled with cream cheese in this post.

This is a fantastic choice because cream cheese is a versatile component that can be altered to suit the flavor of the doughnut. It gives the donut harmony and freshness, and you can choose to make it into a sweet or savory filling or glaze.

What is the history of donuts?

It’s difficult to determine the exact origin of donuts, but it’s known that the ancient Greeks loved a dough that was very similar to a donut.

They preferred baking in an oven to frying, not knowing that with a frying pan and wheat flour dough you’ve many options.

The Romans took it a step further by taking a piece of dough in their hand, closing their palm over it, and dropping it into a pot of boiling water or a pan of extremely hot oil.

On special occasions, they also made globulus, a kind of doughnut, which they ate warm with honey. They were also served with wine.

It’s believed that the doughnut as we know it today was invented by the Dutch in the sixteenth century.

In Holland, it was called “oilykoek”. It was made from sweet dough and then deep-fried.

The doughnut was introduced to the United States in the early seventeenth century when the English colonists called it “doughnut” or “nut paste”. There it spread quickly

This doughnut will be made in two different versions. You can prepare it the traditional way, with the cream cheese filling inside the donut and without a hole in the middle.

Alternately, we can create it with a hole in the center, giving our doughnut the shape of a ring, and glaze it with cream cheese.

The dough will be made first, and after it is, it needs to rest for 30 minutes. The cream cheese filling will be made at that time and put aside until the donuts are fried and ready to consume.

Related  How To Make Oreo Donuts?

Donuts are delicious and entertaining to eat, but one of their best-kept secrets is that they are extremely adaptable and can be customized in any way you want.

A simple ingredient can completely change the flavor or texture of a recipe, so here are some tips to help you improve it or adapt it to your personal preferences.

We hope you found this article useful. As you may have noticed, making homemade donuts is a very simple and delicious snack, and the decorating options are endless. Make your recipes using this recipe as a foundation and tell us about your experiences making them.