You’ve probably heard the phrase ‘Not all heroes wear capes!’ This isn’t that kind of cape though. It’s a portion of land that juts into the sea or ocean, kind of like an island, but still connected to the mainland. Capes make great landing spots for ships and boats, which is why they become economic centers. So where are the best donuts in Cape Cod? Let’s find out! Geographically (and administratively) speaking, Cape Cod has the same borders as Barnstable County, so the two are defined as conterminous. The Cape Cod Canal – dug in 1914 – is the cape’s link to the mainland. And this cape community has fifteen towns that are further divided into several villages. Cape Cod is a peninsula, which is an elongated, finger-like type of cape.

Many businesses in Cape Cod are seasonal because the full-time population is so low. The Village Coffee Shop is one such business. It stays open for most of the summer, but only opens on weekends in the spring. It closes its annual season on Halloween. Apart from all their delicious and colorful doughnuts, they offer satisfying sandwiches on breakfast muffins. While most of Cape Cod is on the peninsula, two of its towns (Sandwich and Bourne) are situated on the mainland. And if you need to travel between Cape Cod and the mainland, you can drive along the Sagamore Highway Bridge or the Bourne Highway Bridge. There’s a train too, but it mostly carries cargo. The canal is about 7 miles long and the bridges run parallel.

Cape Cod Donuts is in Sandwich, so it sits on the mainland side. This food truck (locals call it a snack van) is open most weekends, and they’ve introduced an app to make it easier to order. They make both cake-style donuts and old-fashioned doughnuts (and yes, both spellings are correct, though Americans typically go with donut). Try their banana bombs for a true treat! The Cape Cod area is sometimes referred to as the Cape and Islands. This loose group includes Cape Cod itself plus the Elizabeth Islands and Martha’s Vineyard. Administratively the region covers Barnstable, Dukes, and Nantucket counties. They were initially whaling communities that traded commercially, but now they’re mostly affluent summer homes and seasonal tourist hubs.

Technically speaking, Oak Bluffs in Martha’s Vineyard in Dukes County. But since Dukes County is part of the Cape and Islands, this donut shop qualifies. And they provide the usual donut fare, including buttermilk donuts, maple bacon, apple fritters, chocolate glazes, and party sprinkles. The shop started in 1948 and changed hands three times. The current owners took over in 2018.

4. Hole in One Donuts Cape Cod also claims ownership of some of the smaller islands around it, such as Monomoy, Monomoscoy, Popponesset, and Seconsett. Some of the Elizabeth Islands in Dukes County are privately owned (e.g. Naushon belongs to the Forbes’). The area is popular with retirees. 1/3rd of Barnstable County residents are senior citizens over 65. Residents call the mainland ‘off-cape’.

With a name like Hole in One, you’re likely to be a golf resort. Especially in an affluent area like Cape Cod. But this punny name refers to a donut shop with two outlets in Cape Cod. You can order online, but only at the Orleans outlet. For the past two decades (and counting). The Hole in One has been under the care of 4 sisters. Besides hand-made donuts, they do custom cakes. Most people think of Cape Cod (which is in Massachusetts by the way) as three to four sub-sections. These are the Upper, Mid, Lower, and Outer Cape. The Upper Cape comprises the towns closest to the mainland while the Outer Cape covers the five towns that stretch furthest into the ocean. One of these spots – Provincetown – is a top spot for LGBT tourists and guests.

In a small community like Cape Cod, you probably don’t need SEO to find a donut shop. But Captain Baker Donuts is still beautifully optimized for online donut shoppers. And to suit the tastes and dietary habits of all those seasonal visitors, the bakery offers allergy-friendly options too. Their menu includes old-fashioned doughnuts, blueberry drizzle, and cinnamon sugar. Before European settlers arrived, the area was inhabited by Native Americans from the Wampanoag tribe. They were a versatile community with diverse economic interests. While western explorers often assume the locals are ignorant and under-exposed, they had traditional systems of sustainable fishing, farming, and forestry, including controlled underbrush fires.

The Wampanoag thrived because they earned their living from the oceans, the forests, and the land, so if one area failed, they could rely on the other. Spoon and Seed operates the same way. They have a farm-to-table system so intricate that they need a glossary for their menu. Just a few examples – their coleslaw aka Purple Rain Slaw is made with purple cabbage and red veggies. Throughout the centuries, Cape Cod’s Native American tribes have sought recognition and respect. In 2007, the Mashpee Wampanoag were officially registered as a tribe, and most of them live in Mashpee Town on the Upper Cape. The Mid Cape is known for its beaches and tourist spots, including the unmatched windsurfing on Kalmus, a warm water formerly private beach.

The beach once belonged to Herbert Kalmus, the man who invented Technicolor. When he gave the island to the Barnstable County government, his caveat was that they should never develop it. And his terms allowed the beach to maintain its natural beauty and grandeur. That said, scientists believe most of the cape will be submerged over the next few thousand years. Cape Cod is a glacial cape. On the map, it resembles an arm that’s being flexed to show off a bicep, with a curled fist at the tip. And the cape is home to lots of kettle ponds. These are small cold lakes, as opposed to the warm water currents that form many of the Cape’s beaches. These kettle ponds were created when the glaciers receded, leaving pockets of cold water in the cracks.

The Chatham Village Café and Bakery doesn’t have much sitting space indoors. But when you’re in a pretty seaside town, you’d rather be in the sun anyway, and the eatery does have outdoor seating plus take-out services. They prefer to use traditional baking (and frying) methods for their pastries and bread, so you’ll get that nostalgia hit. Try the Sunday tiger tail donut special. Western conservationists often assume indigenous populations don’t care about wildlife or the environment. But these communities had survived for centuries and learned to live in harmony with nature. Cape Cod offers the ideal example. We’ve mentioned how the Wampanoag used carefully curated fires to manage their forests and control the underbrush in pre-colonial times.

But once European settlers arrived, their intensive agricultural practices wiped out the forests so fast that they had to source firewood from Maine by boat! The damage happened from the 1600s to the 1800s and put Cape Cod at a disadvantage during the Industrial Revolution. They then switched to whaling, which allowed the forests to recover. By 1950, their tree lines had revived. These days, Cape Cod is largely a summer residence. Some towns have barely a hundred year-round residents. The area has good weather and a laid-back ambiance, so realtors and owners have built cottages and resorts. Several presidents and senior government officials have summer homes here, including JFK, Grover Cleveland, and Louis Brandeiss of the US Supreme Court.

Many of these famous Cape Coders (Codies?) have probably enjoyed a taste of Honey Dew. The eatery has three outlets located in Hyannis, Dennis Port, and West Yarmouth. They open every day from 5 am to 6 pm, though the Hyannis branch has longer hours. It’s the oldest branch and opened in 2008, though owners Tony and Tracy had run their own non-franchise store before. As we mentioned before, Provincetown is a holiday haven for the LGBT community. But Cape Cod also attracts stars from literary fields and the entertainment industry. Famous writers with ties to Cape Cod include Kurt Vonnegut, Norman Mailer, Henry Thoreau, Joseph C. Lincoln, and Mercy Otis Warren. Contemporary celebrities include Julie Harris and Todd Eldredge.

Speaking of celebrities, don’t confuse Cape Cod Coffee with Cape Cod Donuts. They’re both popular Cape Cod cafés that serve coffee and donuts, but they’re not related. The coffee house started in 1970 and serves a rotating menu every month because they use seasonal ingredients. But you can always find their three daily donuts: funfetti, apple cider, and coffee-glazed brioche. 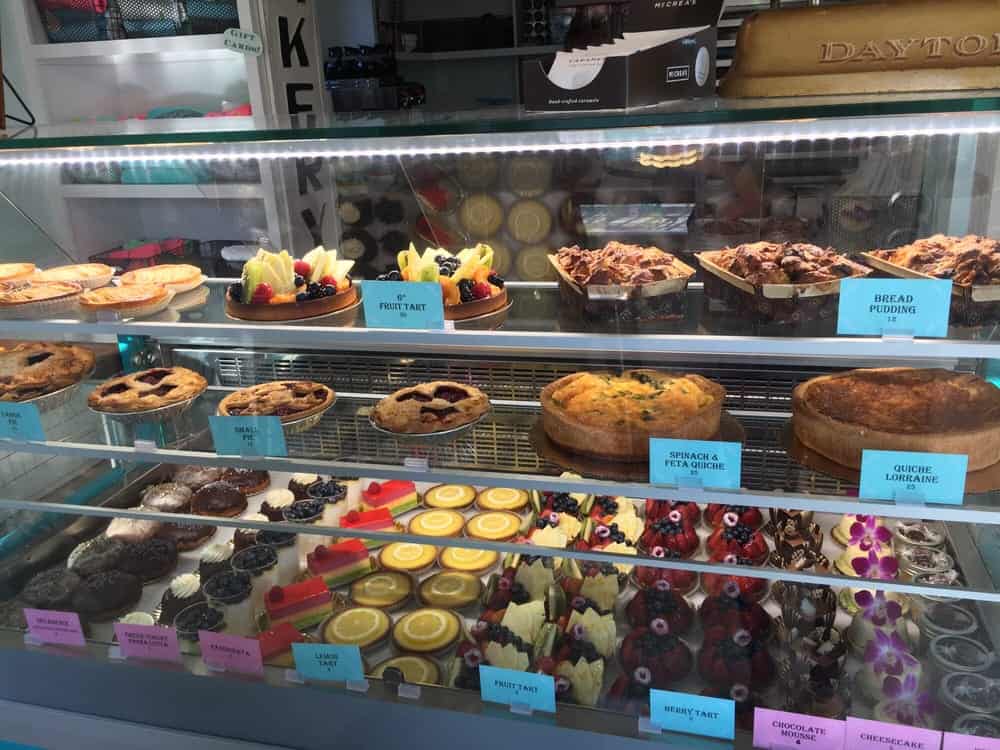 Non-beach dwellers are fascinated with lighthouses. To seaside residents, these towers are a practical, lifesaving piece of infrastructure, but us plebes see them as romantic fairytale venues! Cape Cod started setting up its lighthouses in 1797. Today, Cape Cod has close to twenty and some are privately owned. They were made in Cape Cod style, with a keeper’s dwelling built in.

These lighthouses had the tower rising from the roof of the keeper’s house, so he (and his family) lived inside the structure itself. The roof had a staircase you would climb whenever you needed to maintain the lamp. The work included topping up oil, cleaning lenses, and trimming wicks, so the keepers were nicknamed wickies. The job often passes down through the family. Most people think canals are narrow strips, but the highway bridges across the Cape Cod Canal are massive! These parallel highway bridges have four miles separating them, with Sagamore Bridge on the east and Bourne Bridge on the west. Before that, the crossing had a drawbridge from 1912 to the 1930s. But during the peak of tourist season, traffic often backs up for miles!

Plymouth is on the northern border of Cape Cod, so if you don’t mind the distance and you’re desperate for your trusty franchise fix, you can head over to Mochinut in Kingston. Like other branches of this franchise, the line can get quite long. But you can’t beat the unmatched flavor of the rice-flour doughnut holes and visually delightful frosting options. Grab yourself a coffee too!

What’s your favorite donut spot on Cape Cod? Tell us how to find it and why it’s so good!