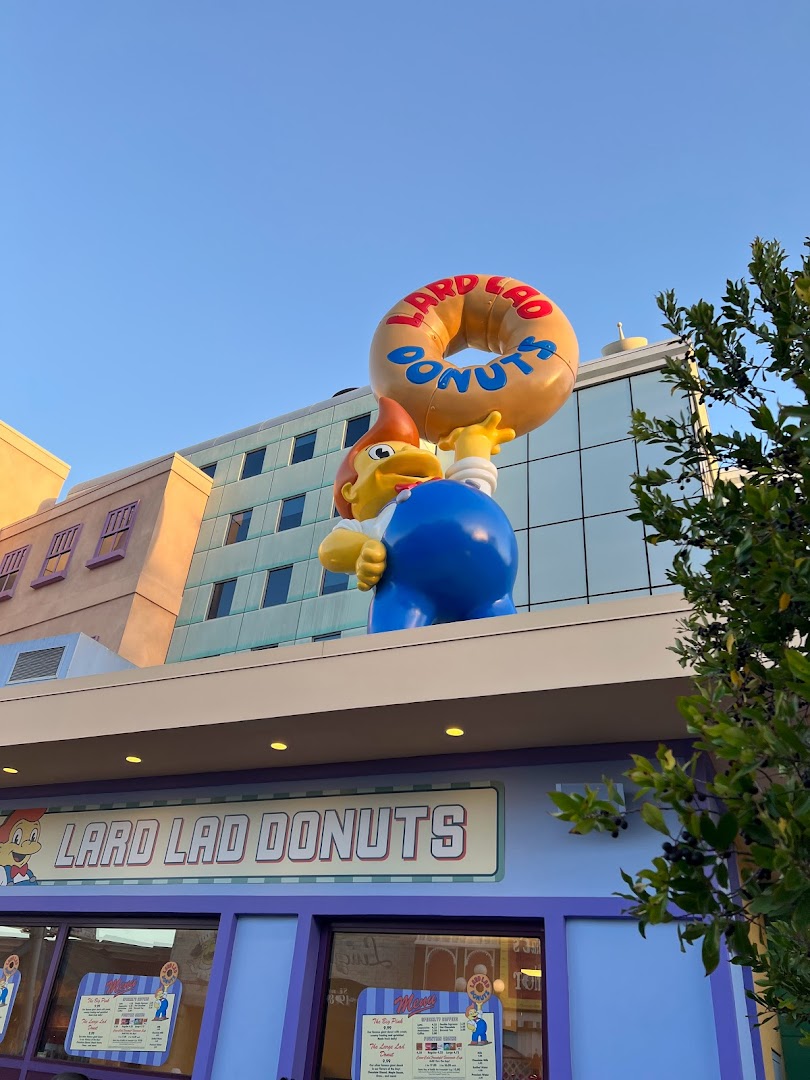 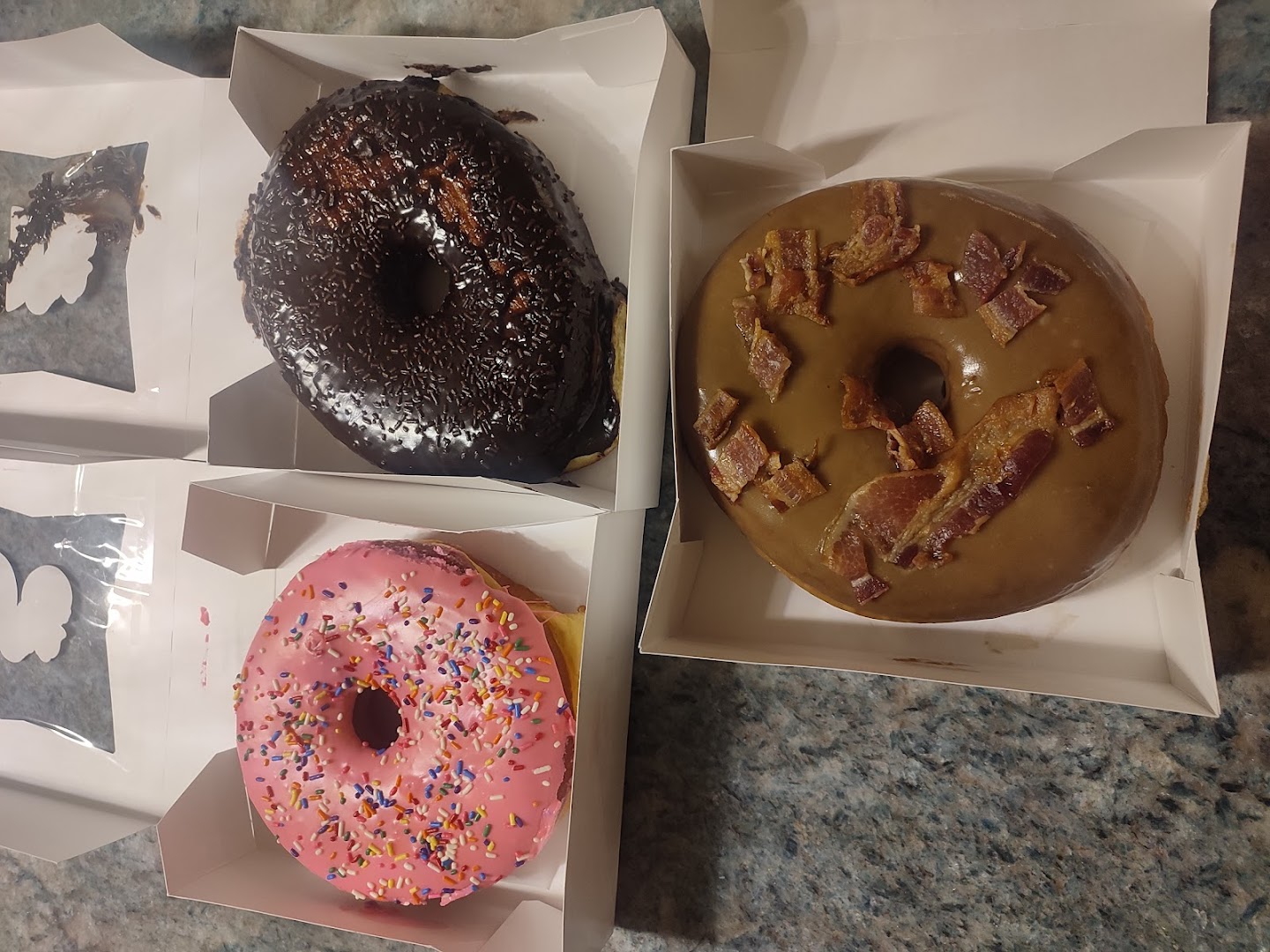 I loved the donut here, it’s pretty fulfilling and make you feel like part of The Simpson family if you’re a fan. I got the chocolate glaze donut and I thought it was good. My friends got the Big Pink donut, maple Bacon and Oreo donut as well. The line wasn’t so bad here and if you’re planning on taking this home then just buy them before leaving the theme park. They ran out of the tote bag when we decided to come before leaving, so that was a bummer. You will pay more for the donut but you’re in a theme park so you should already know that things will be higher prices in the park.

Oh my goodness, as a doughnut feen, this are absolutely delicious. Not only are they extravagant, they are just as moist and tasty. Highly recommend, totally worth $10. They also have chocolate frosted with chocolate sprinkles and an Oreo variety. There is also a daily special flavor of the day.

I came here for Simpsons’ nostalgia reasons, but left pleasantly surprised by the huge size and quality of the donuts. My family of 4 split one and it was the perfect mid-day sweet treat. Nice and fluffy, with great frosting. Everyone enjoyed it, & I’d definitely eat here again when I’m at Universal. 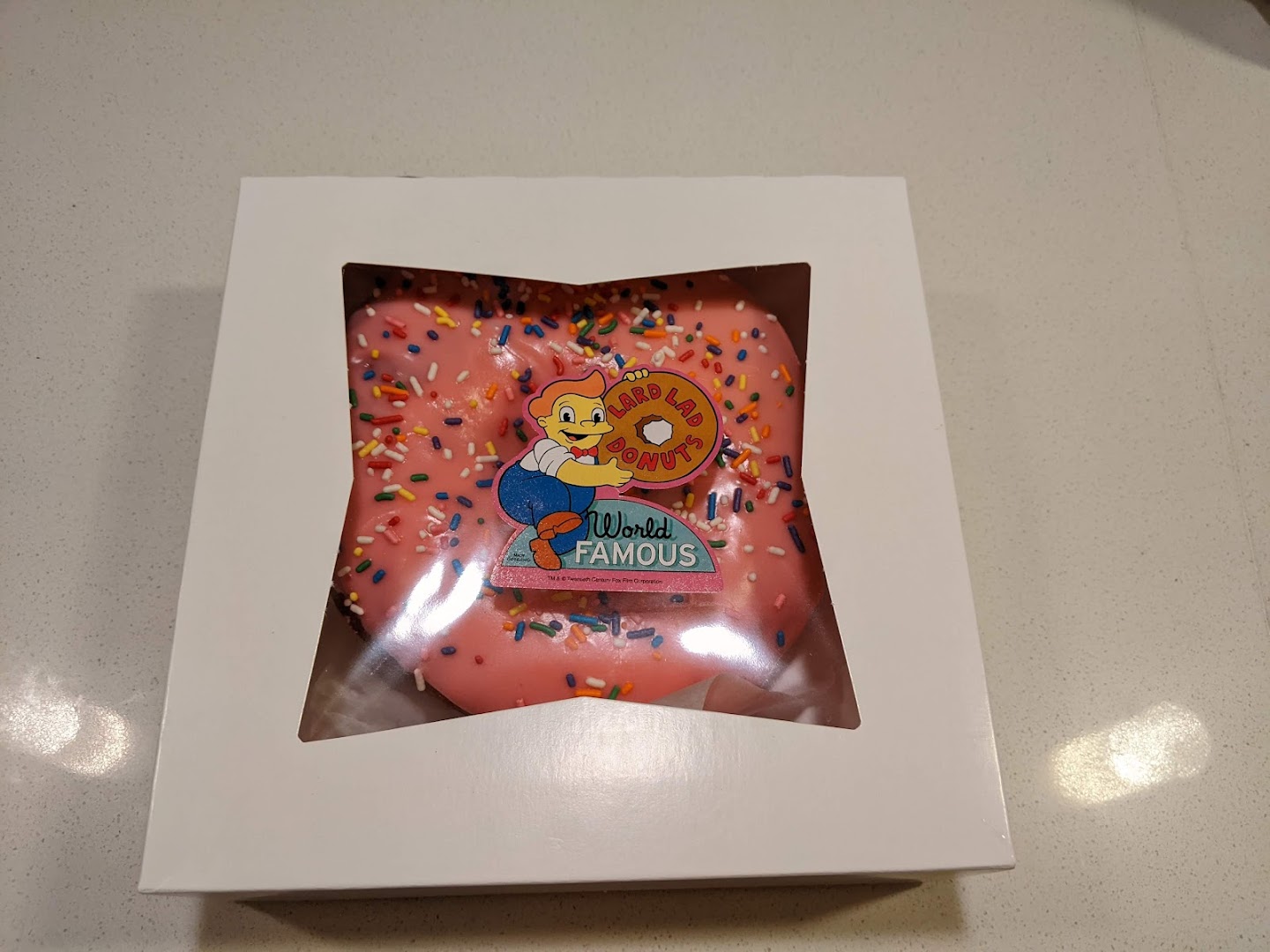 Love the giant chocolate dipped donut! It’s a huge cake sized very fluffy yeast donut that will definitely be a good meal for 2! I have previously eaten 1 by myself in 1 sitting. It was very filling but extremely good! Highly recommend getting one! I went into the store to get it because I can choose the box I want rather than actual lard lad where they give you whichever is on top.

If you arrive early and it’s very hot again, it’s definitely worth buying the refill bottle. We (two people) shared a bottle. It doesn’t get any better. You can refill at any refill station.
Don’t forget the donuts either. 😉

It’s a big donut, if that’s what you want that’s what you’ll get. We’ve tried the big pink and the chocolate and I can say that the pink was the better of the two. Easily shareable between a family of three or four.

(reasonable prices for size of donuts expect around 10 per donut) 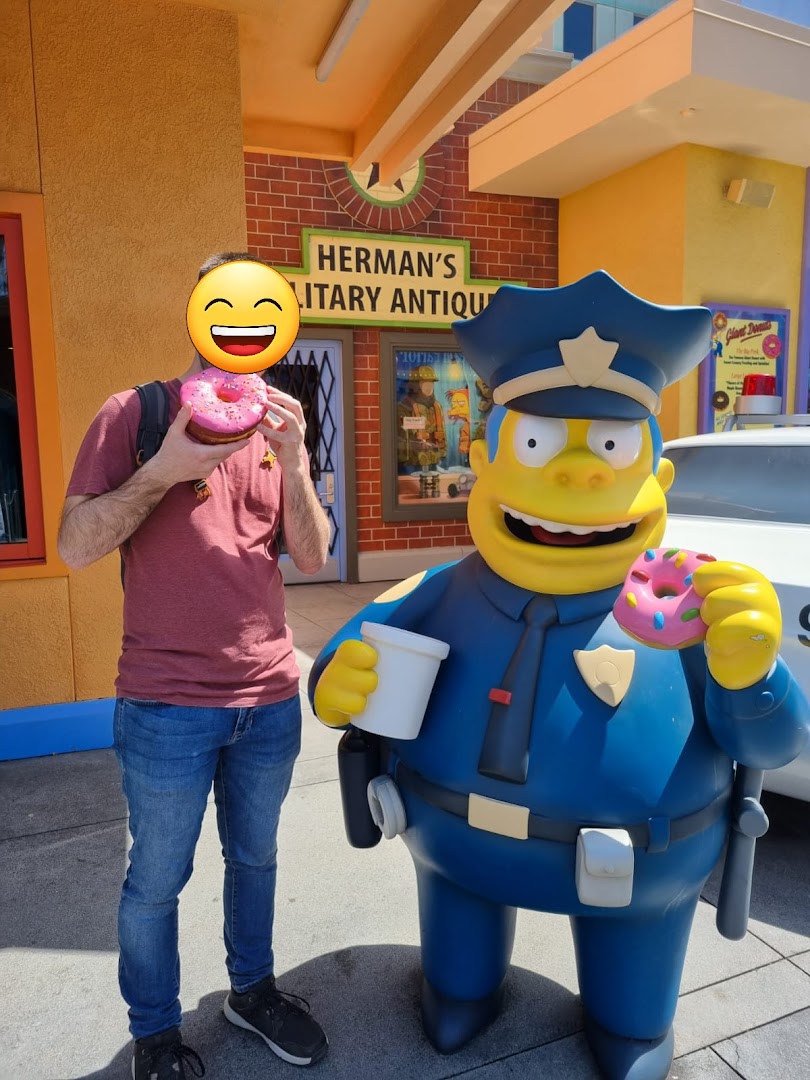 We got the Maple Bacon giant donut. I loved it! But, it’s so big that with two of us eating it (and he eats more than I do), it took 24 hours to get through it. 🙂 If you like donuts and have people to share with, try it! Ours looks a little rough because I took the photo when we were back at the hotel.

Highly recommend the giant pink donut!! Great price for the size and it was actually really yummy! Went back at two different days and was really great! 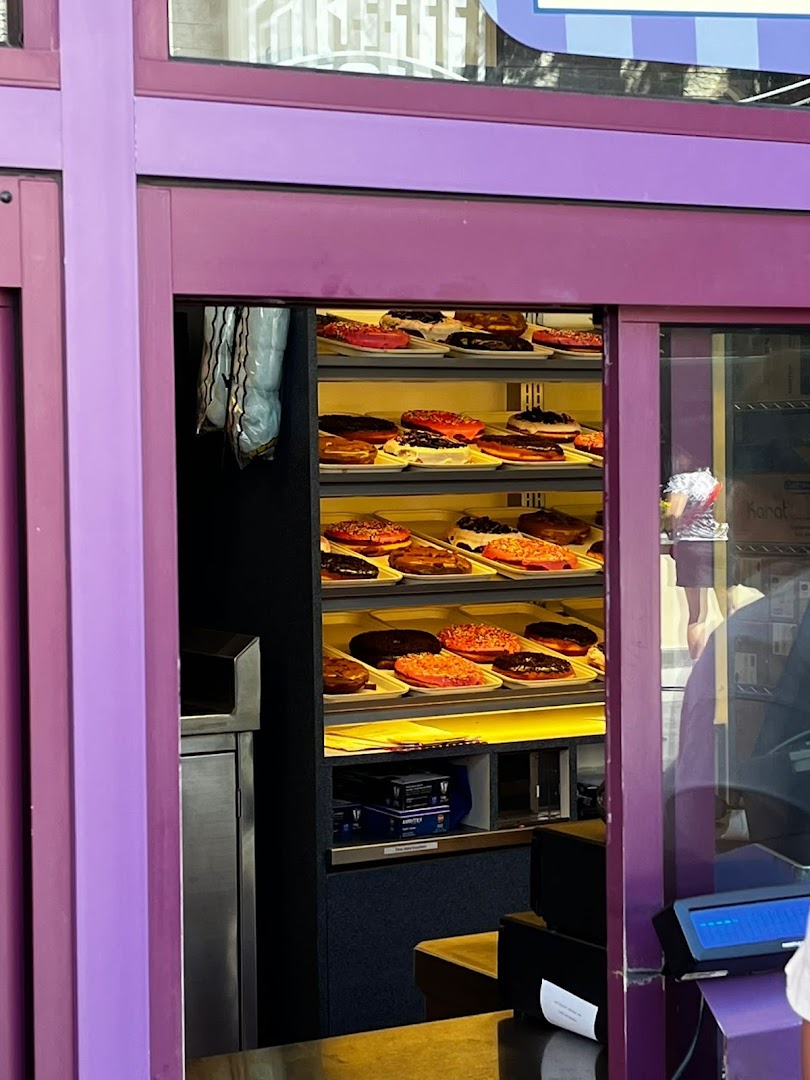 We succumbed to buying a donut and oh my word. It was the most incredible tasty donut (and massive – 4 of us shared one) we’ve ever had. We had the white coated one with pink and brown chocolate. Would love to have another one, but live so far away.. Highly recommend it (even if you’re not a sugar lover)

We tried the Big Pink donut. It was fresh and very tasty. We only bought one but we should have bought one each. The line was long but moved quickly and the price was reasonable for what I would consider a very large dessert.