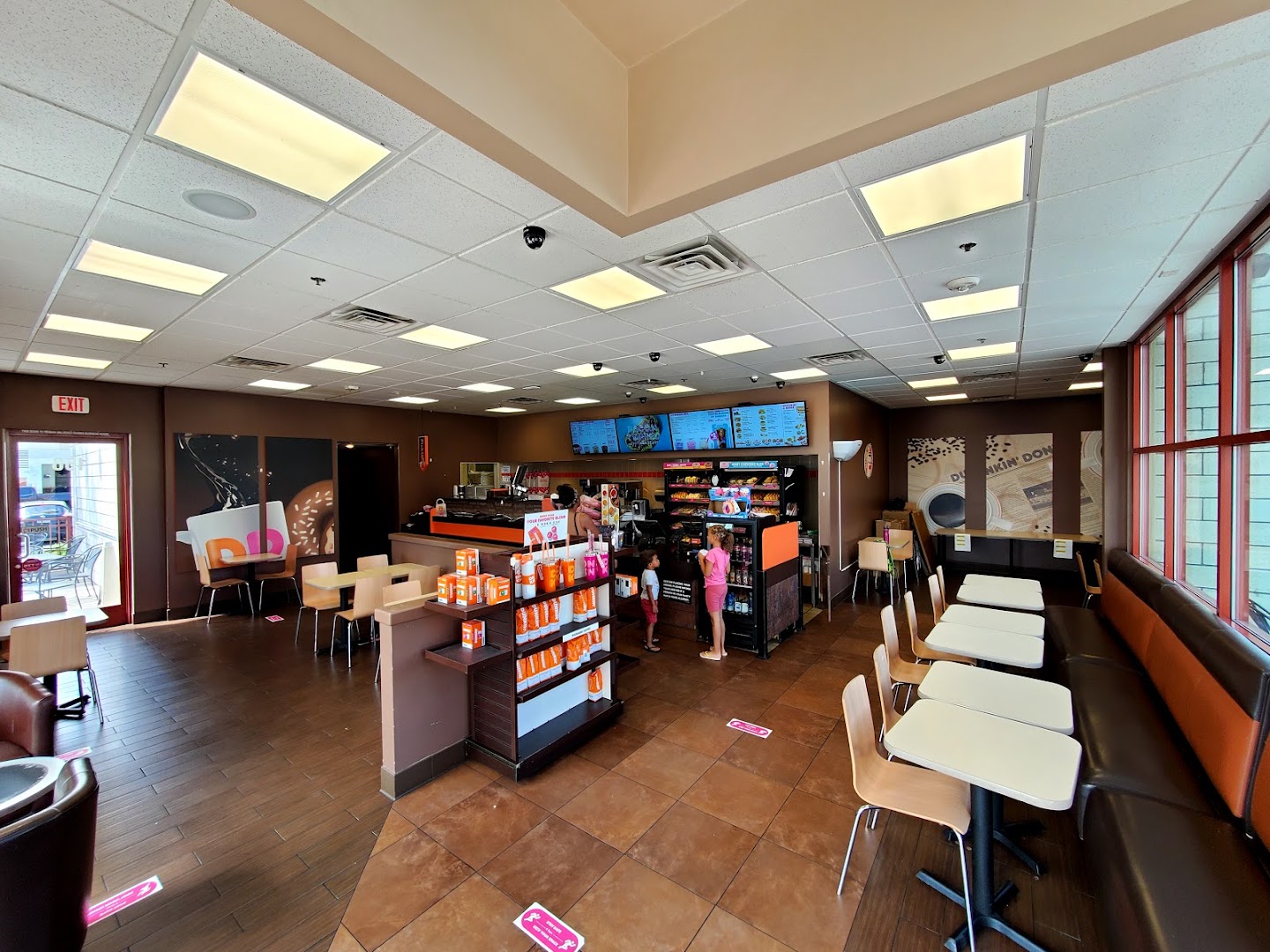 Very busy. Donuts and coffee were great. Nice staff. Too busy for staff to even clean tables between guests while we were here and tables were dirty. They are hiring. There is a drive through or walk in

I like Dunkin donuts but this place needs a bit of TLC. It look clean and decent when you first walk in but as you wait for your coffee and donuts you see how rough this place. I wonder if the owner ever comes here. It kind of seems like they don’t. The customer service was okay. Nothing to brag about but wasn’t terrible. The donuts were decent but they did slack off a little with making our coffee. We got a frozen chocolate and it was way to icy and they didn’t dress it properly. Most Dunkins make a coffee how it looks on the menu and ours just looked like a monotone milk shake without whip cream.

Don’t know who owns this location but they don’t come to check it often I assume. So many employees but no one has swept and it just looks dirty and empty. Lots of cameras in there tho so I’m guessing they watch from long distance. Donuts seemed a bit old and stale. Overall just not the best experience.

This might not totally be your fault today but you’re catching some of this heat too. The fast food places on Durango stink. I’ve only been to this Dunkin a handful of times since living over here for 5-6 years. Today I order one of those new cold brew cream drinks, first and foremost the girl at the drive thru speaker had me waiting there for 5-7 mins before I had to say something to get her acknowledge me. Then when I ordered the cold brew thing it looked like i order an office iced coffee with very little powdered cream. I had to come home to make and add my own cold foam i understand it’s $3 lol

I would love to give 5 stars but I ordered a frozen cappuccino with sugar free coconut syrup. The first time I went last week the guy that made it totally rocked my coffee. This time the guy said I ordered incorrectly and the coffee was not frozen and bland, had to use my own splenda to sweeten and it was more foam than coffee.

Received several items such as bacon avocado toast, stuffed Bagel Bites and stuffed croissant. The croissant had very little cheese but the rest of the food is pretty good just a little pricey and the service was very slow. Ordered a large iced coffee with extra vanilla flavor and creamer and it had very little flavored taste to it. It tastes like watered down coffee 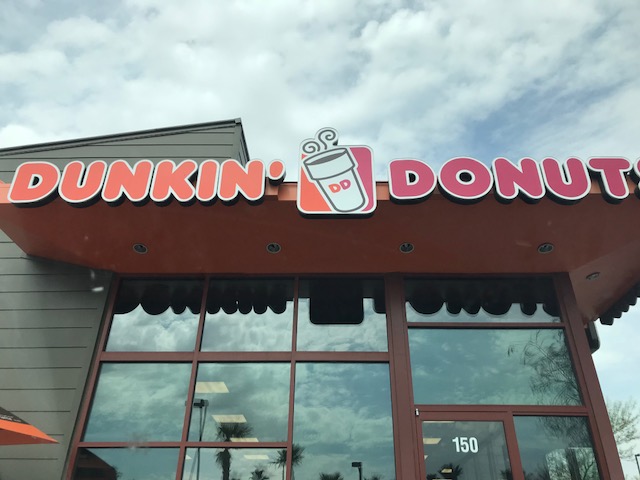 Imagine not one… but TWO Boston Kreme donuts without the filling. What is that?! ‍♀️Very disappointing. At least the chocolate kreme was good.

I went In this morning .. my daughter asked for two donuts and bagel for herself . She only get bagel I asked the worker Wendy that my daughter asked two donuts. And Wendy put In bags and having sprinkle fly out and she have a bad attitude. I called this store manager ain’t in today . I will try again later . 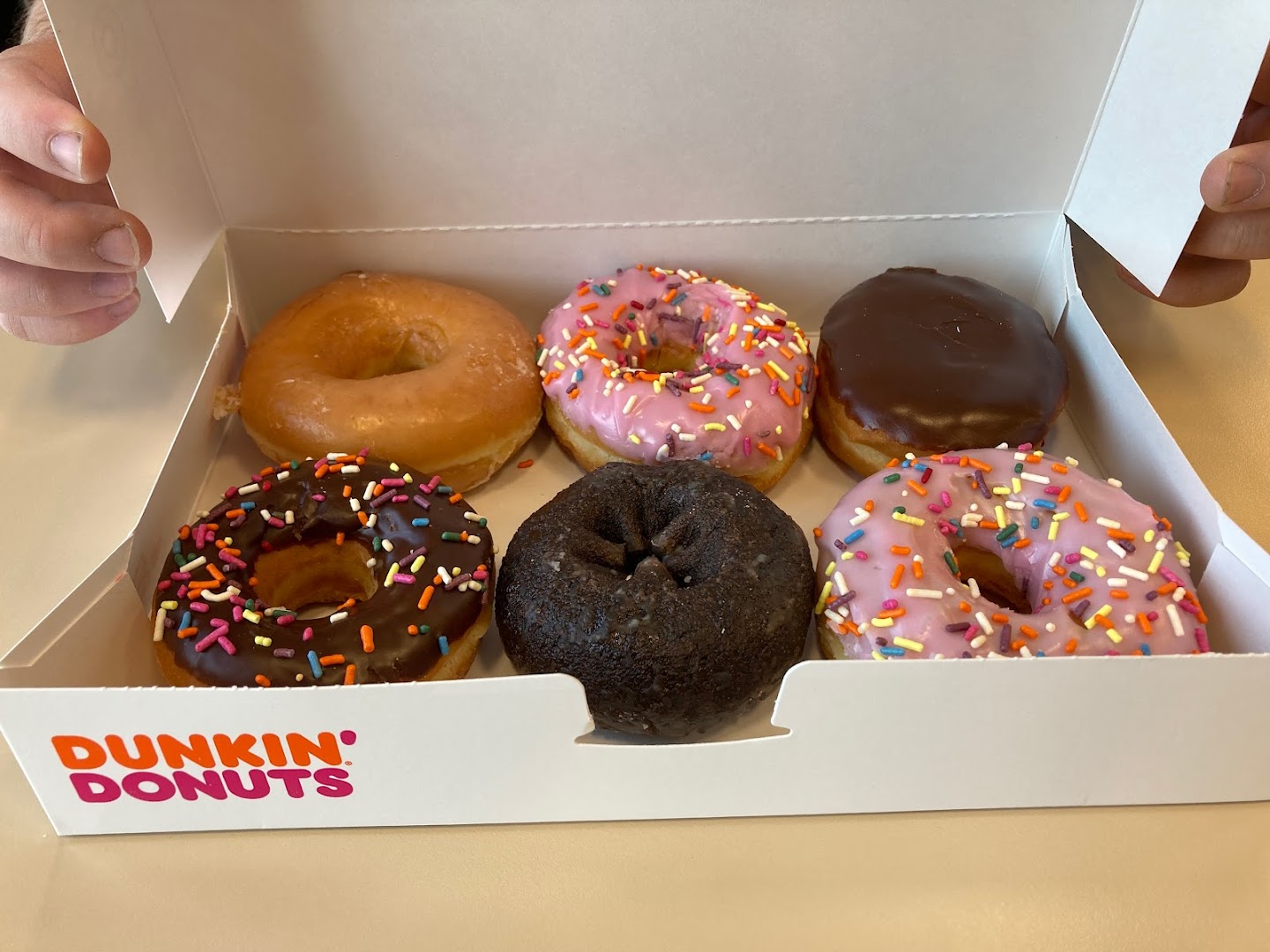 Ordered online & was very disappointed. Ordered a half a dozen that I chose myself. Also ordered the variety doughnut holes. The half dozen was dry & tasted old with barely any filling in the cream & jelly filled. The doughnut holes were even worse. They were hard and not as described. The variety said it included an assortment of blueberry, chocolate, glazed, powder, cinnamon, a jelly filled. We got 25 & everyone were glaze only. The description should have said glazed doughnut holes not variety. Glazed is my least favorite and the cheapest. It’s ridiculous to be charged the same price for plain doughnuts. I called the location and it seemed very unorganized. I complained about my order & was told that glaze was all they had at the time & they never have blueberry or powdered. They don’t seem to care about my business and made no attempt to fix the problem. I will not be returning to this location. I recommend training on customer service and staff that care about the products & repeat business.

Ok place for breakfast. I’m not a fan of their donuts, not as fresh as they could be. My great grandaughter loves the sprinkle donuts, she’s 3.
It’s convenient and close to home.