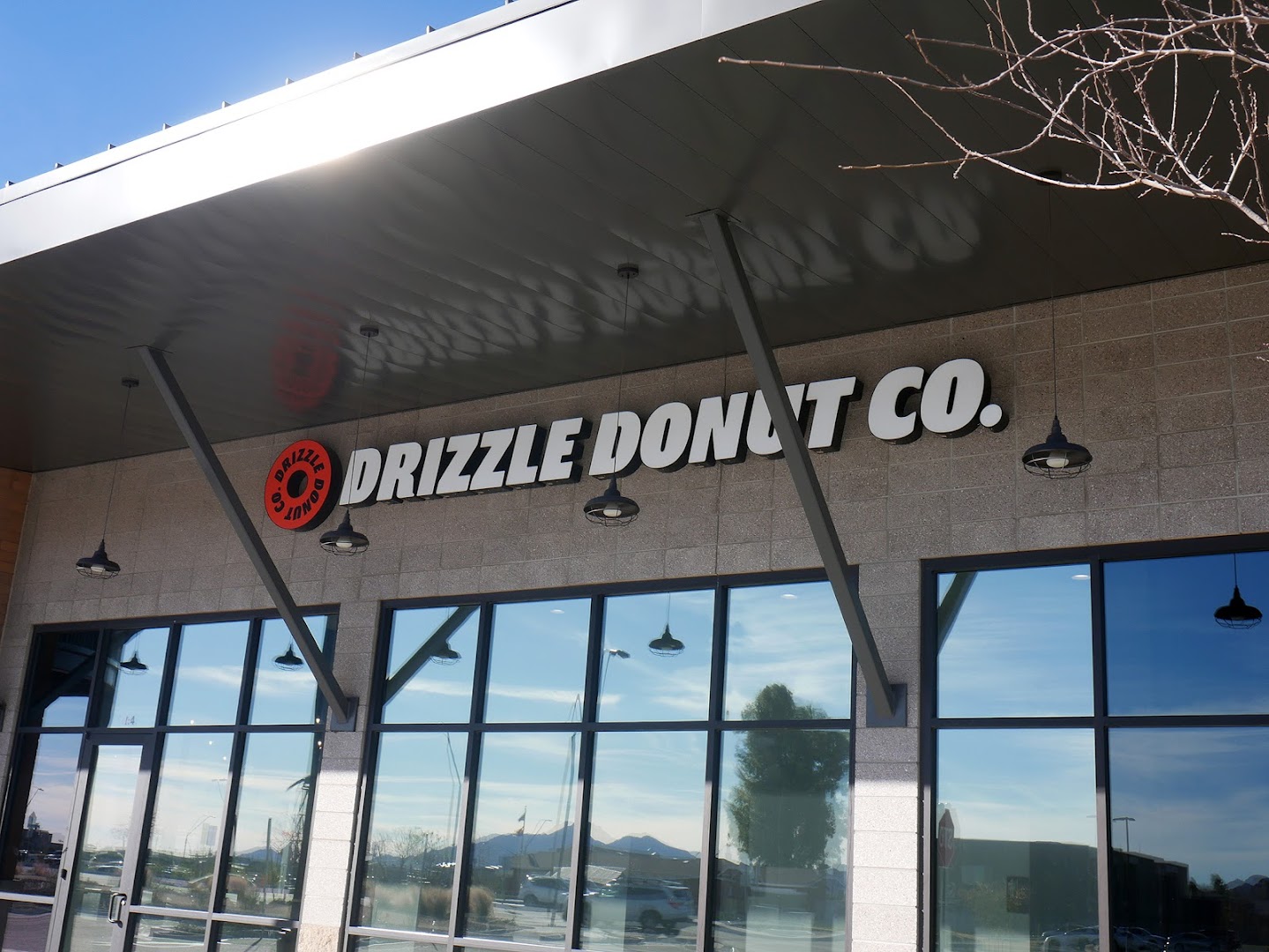 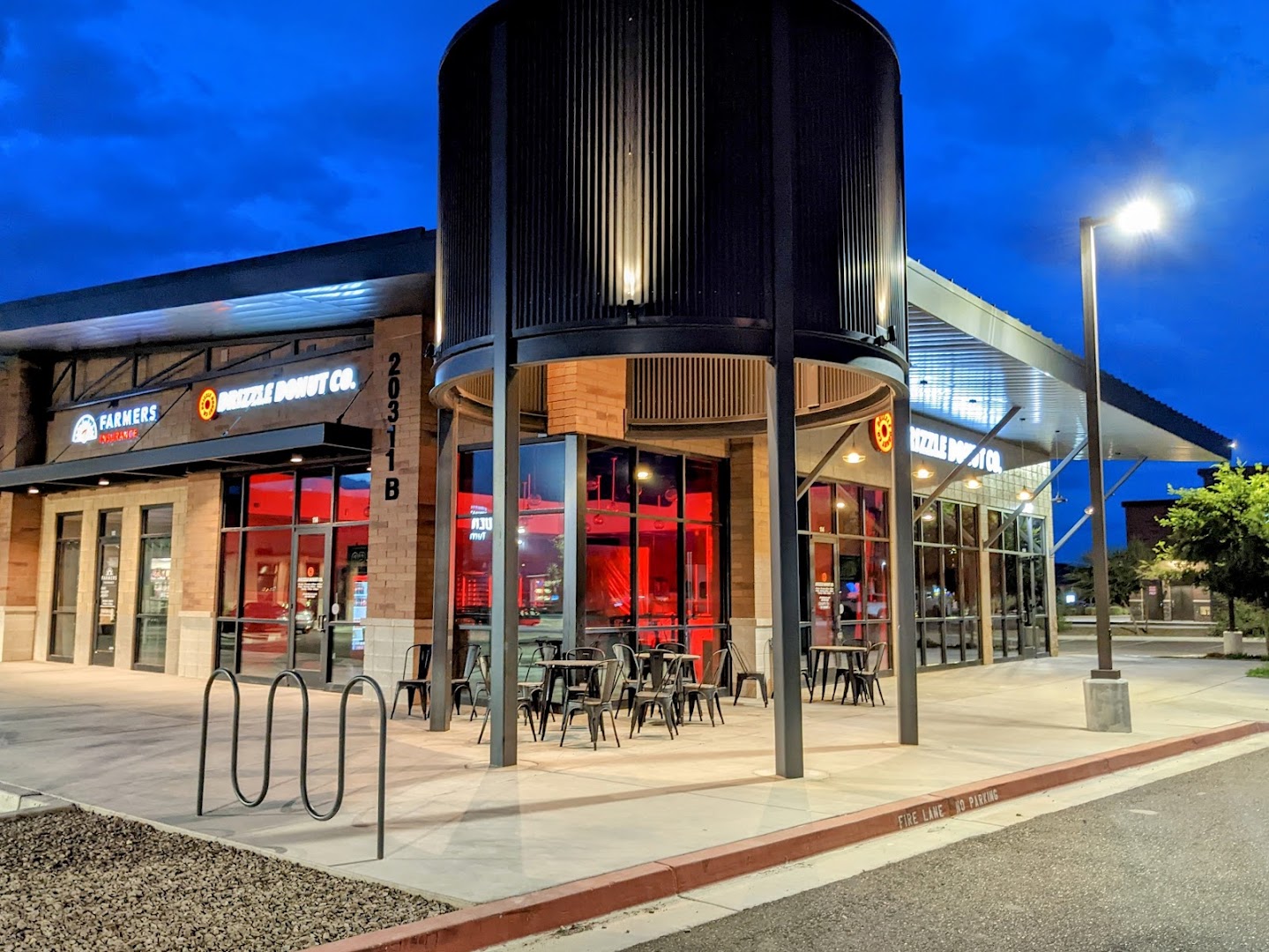 I went to Drizzle Donut Co this morning and picked up 13 donuts for myself and the family. I will attach a couple pictures of my 3 donuts out of the bunch, they were overall fantastic and absolutely delicious.

The reason for the 4/5 review is because of some critiques I’d like to give, honest feedback, not trying to be rude/mean.

The PB Pieces was perfect, no complaints, dough was perfect, drizzle was perfect, the pieces were perfect. The Circus donut however while the frosting/sprinkles were great the dough itself was a little soggy/tough.

I will be back. It was awesome nonetheless.

The staff was very nice and helpful. They had every donut available at 9am. For the most part, the donuts tasted fresh and were pretty good. I will admit that I didn’t have any specialty donut, but the normal donuts were ok. The chocolate glazed was pretty dry and the drip coffee machine was not working… 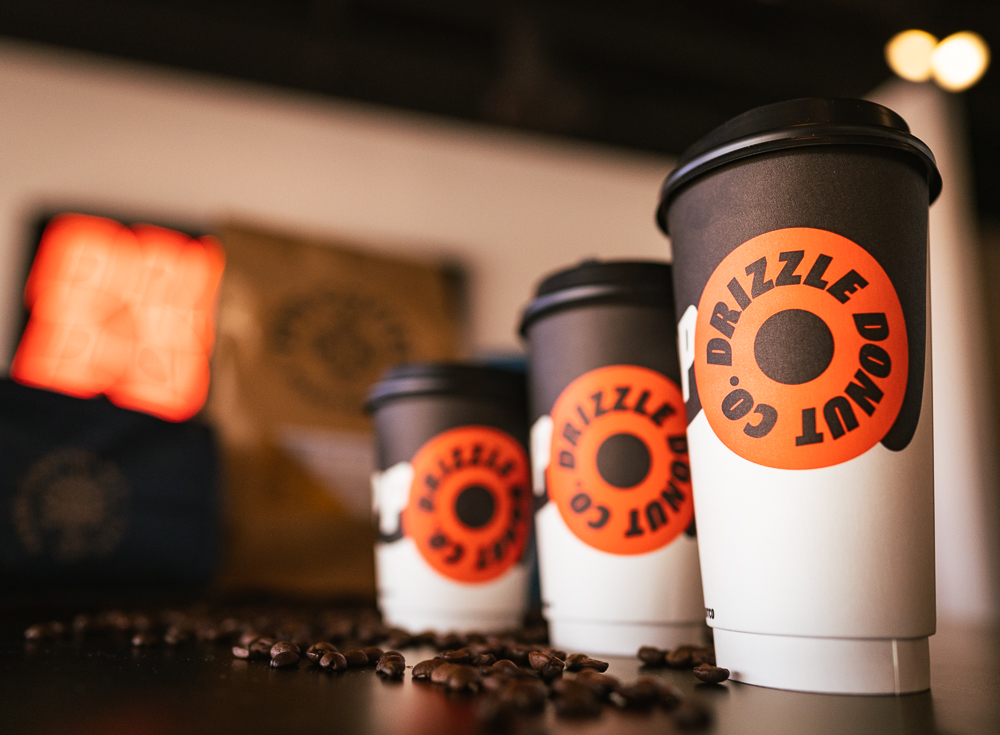 Not sure how Drizzle is making any money charging so little for these gourmet donuts! They were gone quickly at my house. They have a huge variety of flavors to choose from in the store, it’s hard to pick!

I Honestly Don’t Know Where To Start !! Lol These Donuts Where Absolutely Amazing!! Definitely the #1 Donut SPOT IN AZ , A Very Large Variety Of Donuts To Pick From. The Donuts where So fresh I came back hours later for one and it was still soft I didn’t even warm it up and that says alot , customer service was great also ! Store was nice and clean ! Definitely will be back for some of these amazing donuts Thanks Again

Holy moly! The BEST donuts I have eaten. My sister and her family just moved back to AZ from VA and when scoping out donut places I just knew we had to try this place. It did not disappoint. This place is legit!! The donuts were so soft and moist and cakey! Loved it. I actually had a donut left over and had it for lunch. I want to order these every morning! 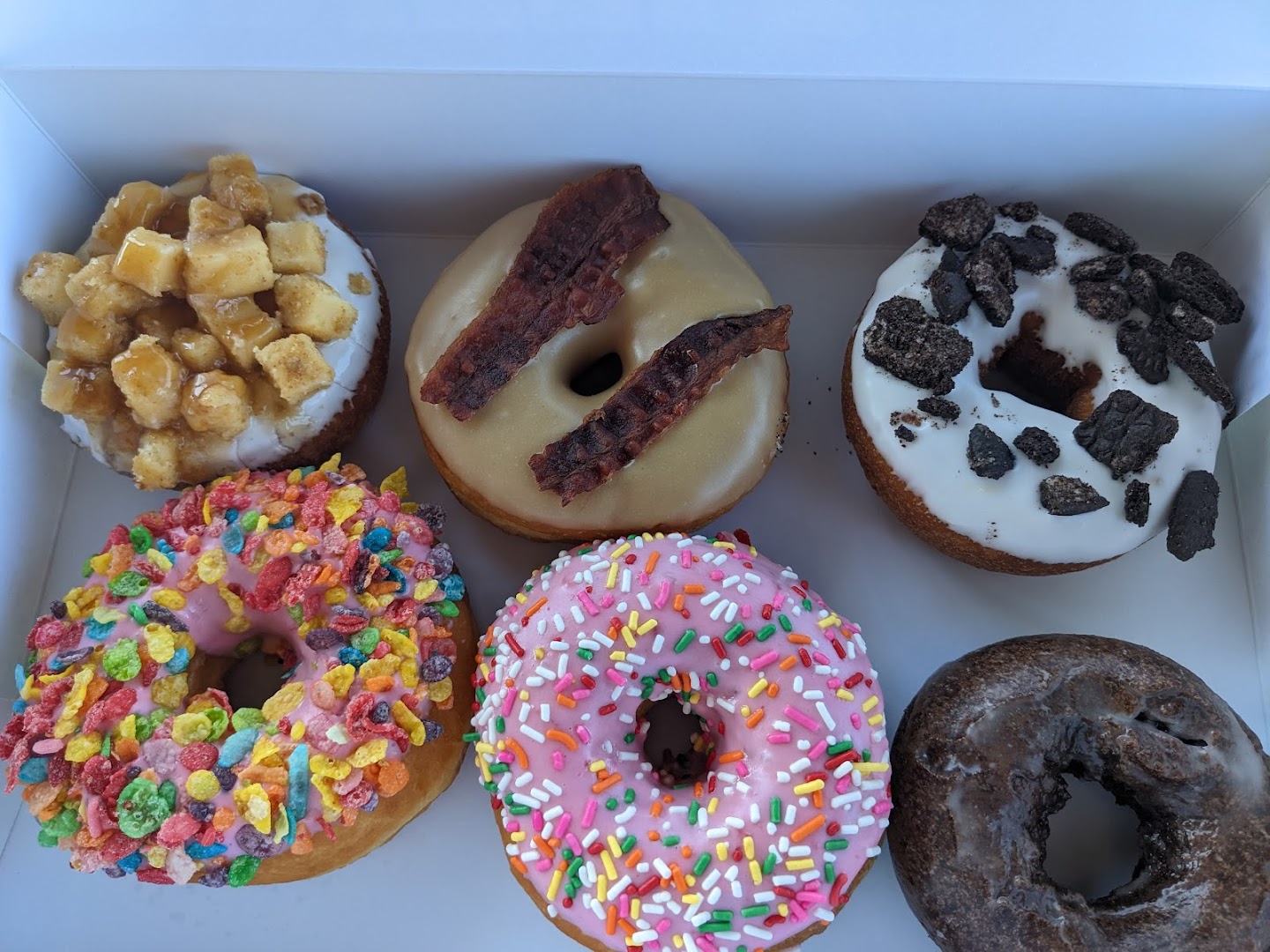 Drizzle Donut Company could be the best donut shop in Arizona. If not they’re definitely in the top two or three with a large variety of donuts to choose from. They just changed the way they serve you before they used to make the donut in front of you now they have the donuts already made which speeds up the time it takes to get your donuts now. Thank you for whoever decided to make that change God bless you for that. I dare you to try these donuts and tell me that they are not the best you’ve ever had.

I went here for the first time after moving into my new house they have a massive variety of different types of donuts it’s Literally hurts donuts but in our location. It’s a great place great food options on smoothies made with Red Bull energy I’d highly recommend it come through get fresh donuts kids love it 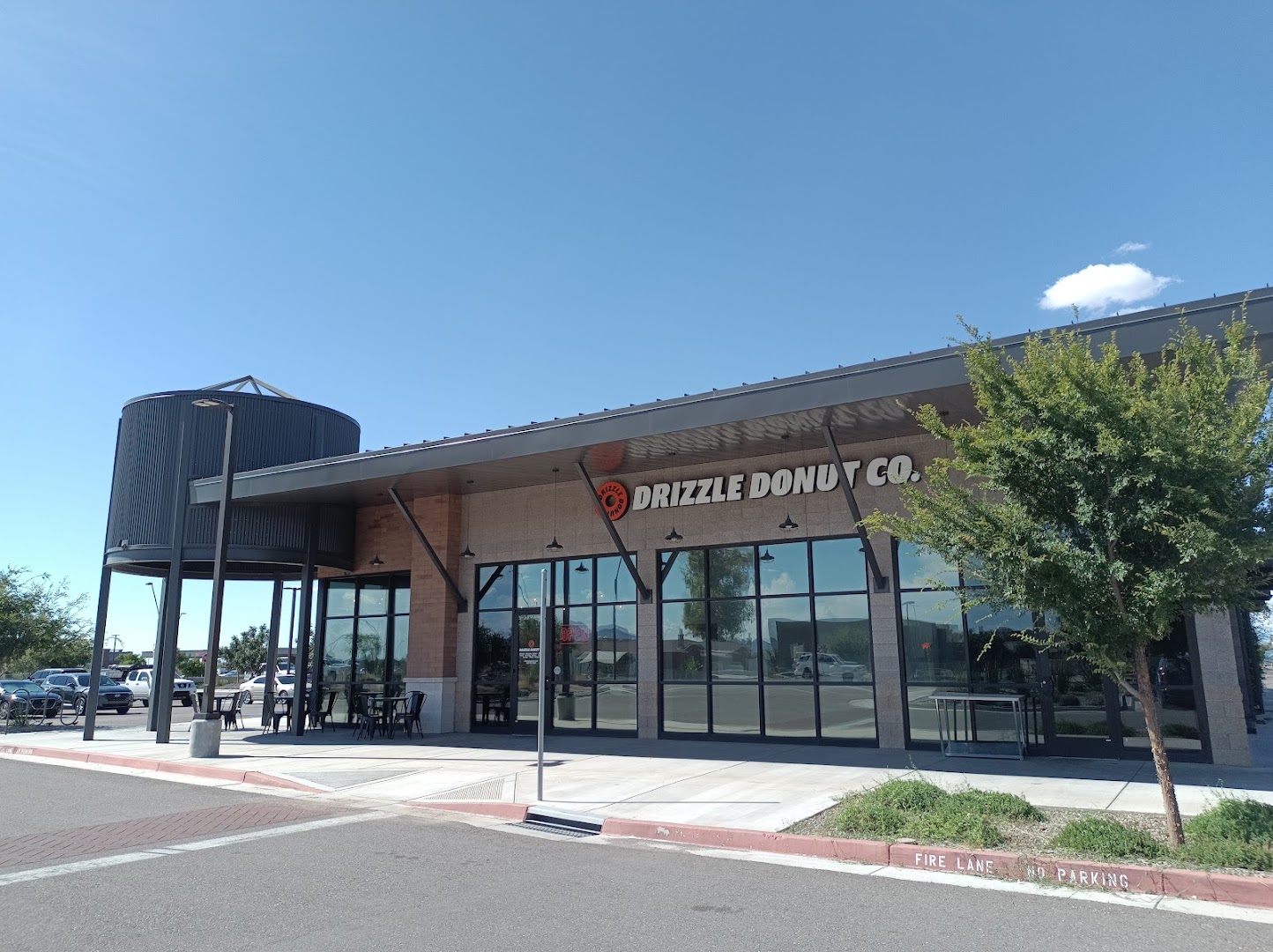 So the place is fun, the donuts are crazy flavors and you can customize them however you want! It’s a kid’s dream come true. I like that they’re served warm however that made the donuts lose some structural integrity and eating them was very messy! The frosting is super sweet, so if you’re looking for a more balanced donut less is more. The latte I ordered was tasty! They are always busy and a little bit slow, but if you go in the evening the line moves a lot faster. Our favorite was the Carmel, chocolate, coconut one.

WOW, just wow. This place used to be the most amazing donut place ever. They had the best fancy donuts we have ever tried and both my wife and I agreed. They were expensive but worth every penny. After the new ownership reopened the place this week we walked in hoping for the same donuts but found that they got rid of all the fancy donuts and replaced them with your run of the mill grocery store style donuts. In other words, nothing you can’t get at any grocery store in the valley. I talk to the woman behind the counter and asked her what happened to the old donuts and she told us that they were no longer making them since they are under new ownership. We told her how disappointing we are and she told us that she’s heard that many times this week since they reopened. I will never go here again until they return the same donuts that they had before the new owners completely ruined this place.