What Time Does The Doughnut Project Open? 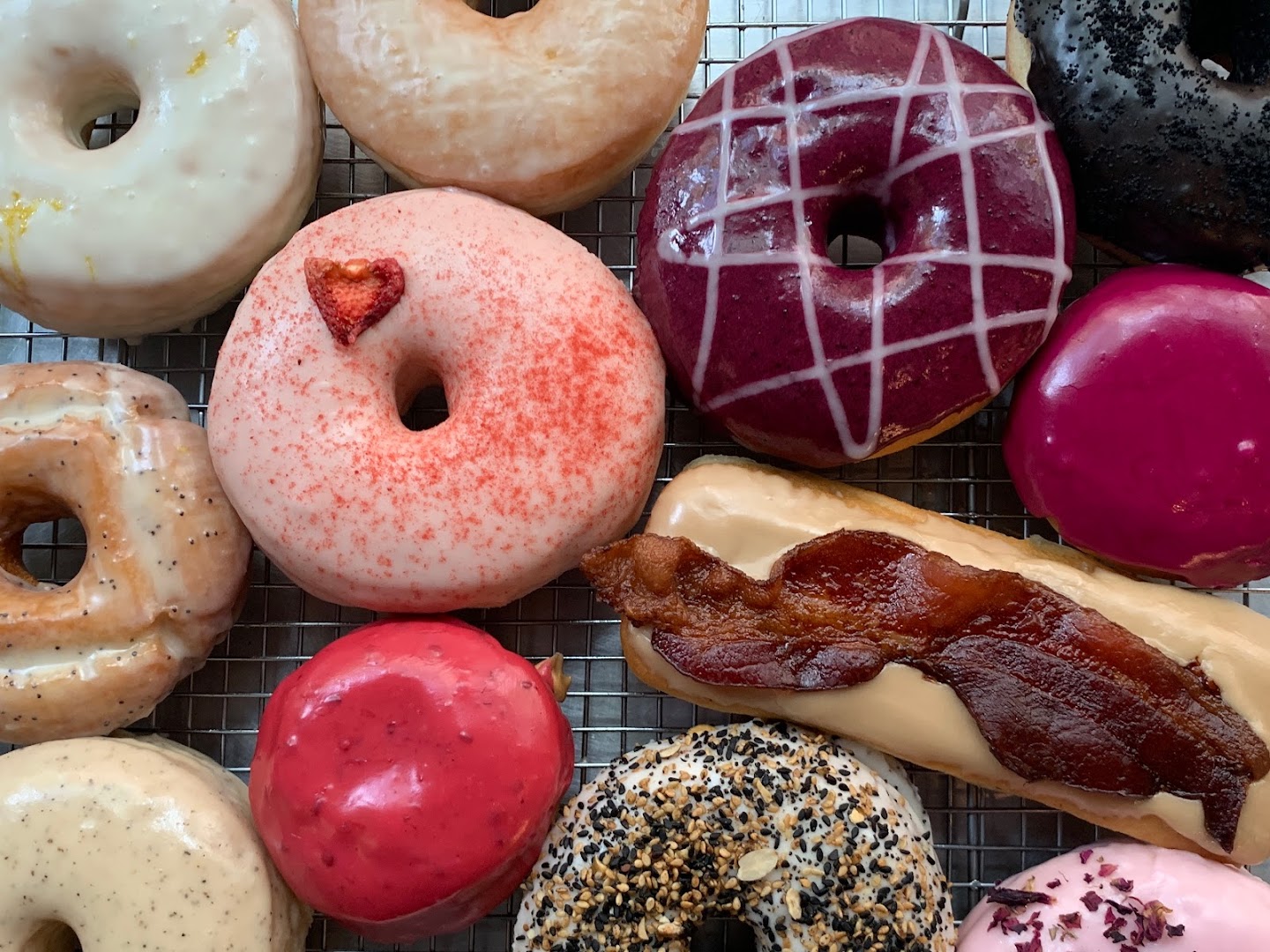 This has been on my NYC list to try for a while now and we finally tried it on our most recent trip. Boy have we been missing out!

We got:
– Everything Doughnut
– Those Beets Are Dope
– Maple Cruller

They were all fantastic and I would highly recommend each of them. If I had to pick one, I’d pick the maple cruller. I had never had a cruller before and it tasted like a cross between a churro and a donut. I loved the texture.

I’d definitely come back to try more donuts and recommend trying this place when in NYC!

Talk about amazing donuts! I got three different flavored donuts. The vegan maple glazed, vegan pumpkin spice latte and the vegan cereal milk donut. So far I have only eaten the vegan cereal milk one but felt compelled to write my review after just that one donut. The flavor was amazing! A little salty and perfectly sweet. These donuts are large as well so great for breakfast or a mid afternoon snack or dessert. I will 100% be back again to try more flavors and I’ll update this after trying some more flavors. They have such a huge variety that there is something for everyone. I love that they have vegan options as well as traditional. These donuts are so worth the stop. Beyond just the donuts the lady at the register was nice and very helpful.

Awesome little woman-owned shop serving the best donuts in town, from 9am till 2pm or sold out. I went on a Thursday at 11am and there wasn’t a line. My favorite were the Everything Bagel and Maple Cruller, but I wish I had tried the notorious beets and ricotta! 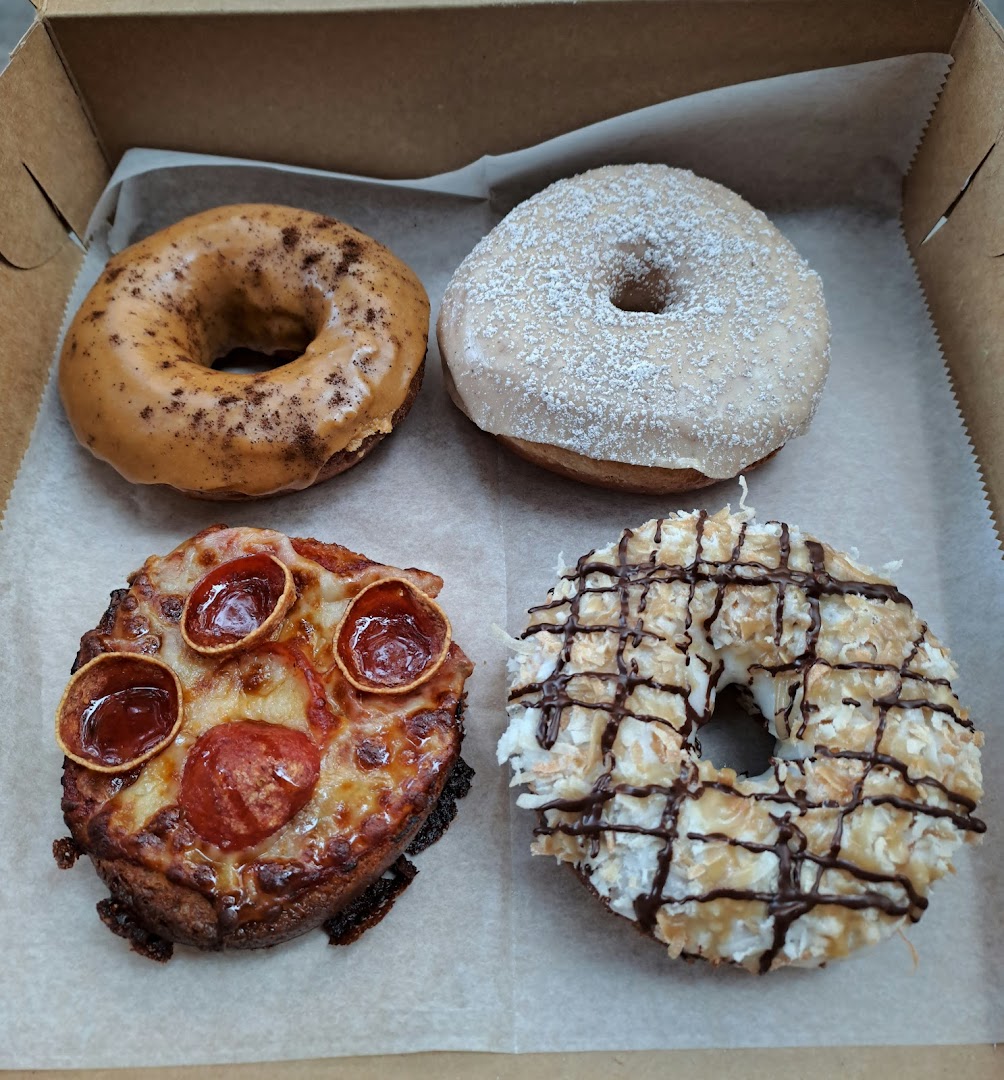 Okay so purchased these 4 an hour ago. My coworker said they were good, so I thought I’d give it a go since I only have a DD to fill the craving… Maple Cruller was GREASY but solid 9/10, Soul Mate for $6 was not good -1/10. It was bland and the cream cheese frosting tasted weird. My husband threw it away after two bites. We have two left, praying the maple bacon and cinnamon roll is worth it … four donuts for 21.75 better taste like my toes are curling and my eyes are rolling back so good type of way…

Incredibly delicious and inventive. Today I tried Maple Cruller, The Everything Doughnut, and Cereal Milk Crunch.

The maple cruller was, without hyperbole, my favorite donut ever. Light inside & crispy outside as described. I didn’t think it looked terribly interesting, so I was in disbelief about how ridiculously tasty I found it.

Everything Doughnut was satisfyingly soft, and I thought that cream cheese glaze was amazing. Wasn’t crazy about the “everything” toppings, yet overall I still found it an excellent doughnut.

There is simply no better place for doughnuts in the city. Doughnut project by far has the most unique doughnuts and the tastiest. You’re not getting just some cool looking food to snap a photo of for Instagram. Not only are the doughnuts amazing to look at, they taste out of this world. I have tried so many doughnut shops across the US and this one is for sure my favorite. The other thing I love is while they have their staples, they also do seasonal doughnuts and weekend doughnuts which are always super cool flavors. For example, Thai iced tea Creme brûlée! And you know what, it was amazing! You gotta try this! I do recommend if there is a specific type of doughnut you wan to try to reserve it a head of time online because they do sell out real quick! 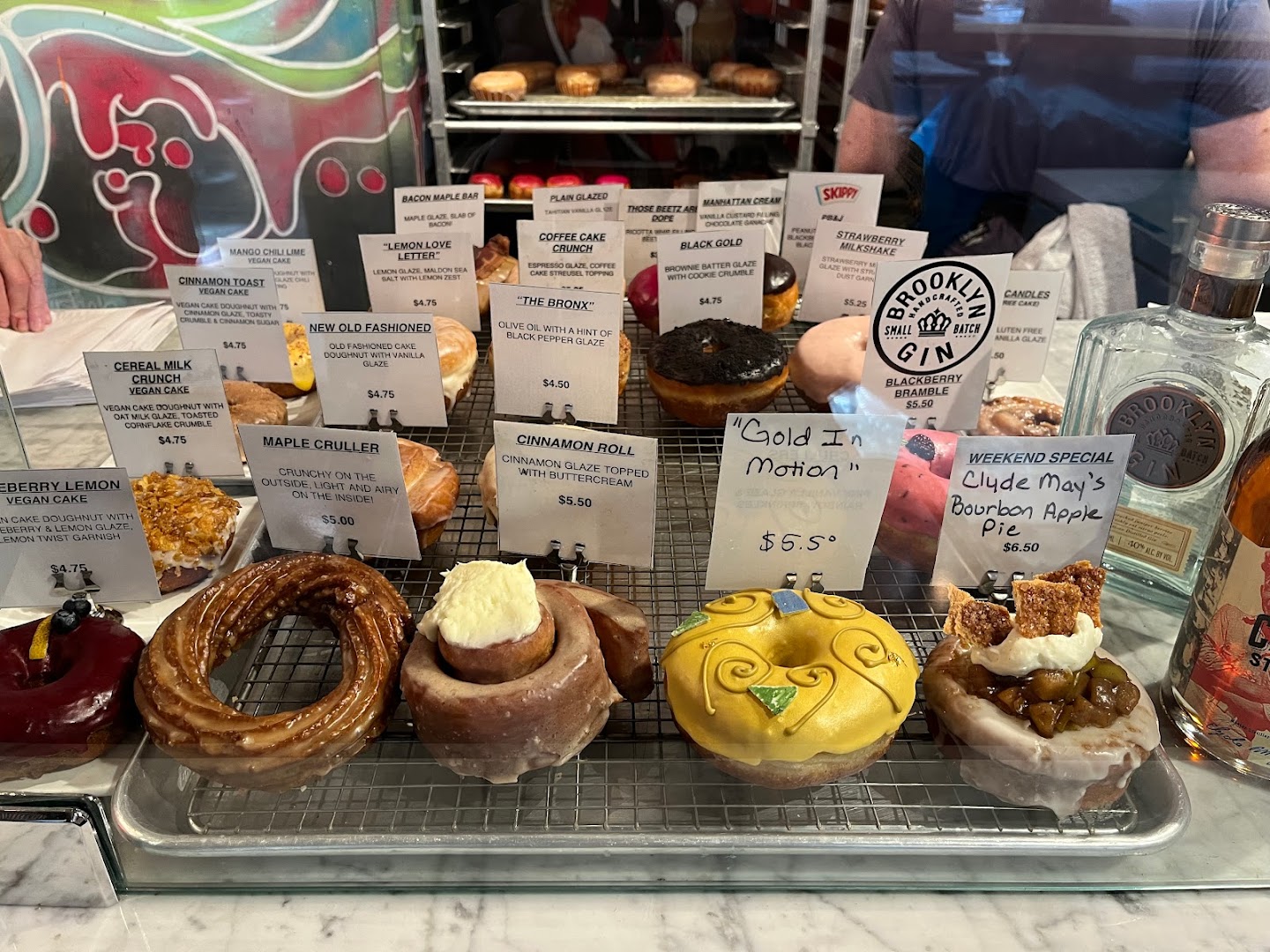 One of the best donuts in New York City. Each bite is a celebration to tastebuds. Maple cruller and Beet with ricotta are our all time favorites

A real nyc treat. When traveling, I typically seek out a popular donut spot. This wins in every category. It’s a true prize. Get there early (and often). 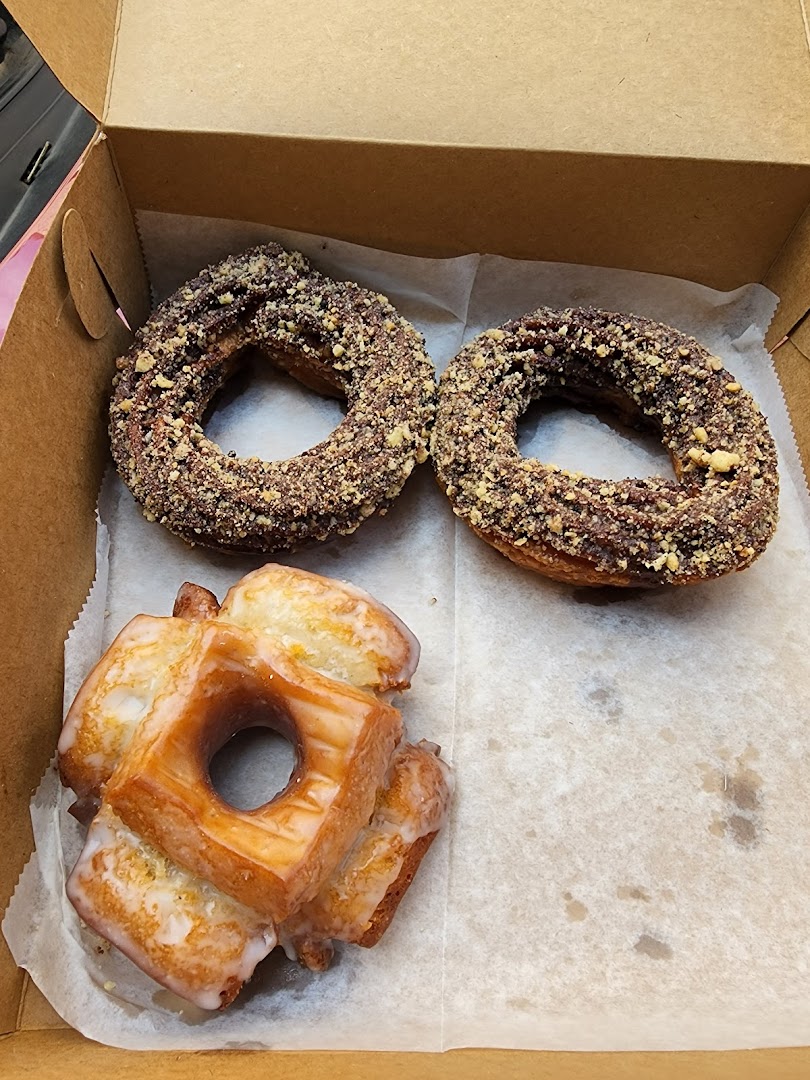 Doughnuts in New York City don’t get better than this. My favorite weekend activity is strolling over to The Doughnut Project and trying as many unexpected flavors as I can. You will have to stand in line outside, but it’s worth it when you finally walk inside and are greeted by the welcoming staff and the smell of doughnuts. Definitely recommend The Everything, Bacon Maple Bar, and Cereal Milk Crunch.

My fam has been fans of Leslie’s amazing donuts pretty much since The Doughnut Project opened. During the pandemic, coming here for a box of donuts brought us joy. Never had a better plain glazed, and the new old fashioned is also a favorite, plus the maple bacon bar and coffee cake one. They’re all amazing, including the specials, which is why we’re regulars. Try everything!

More Reviews for The Doughnut Project