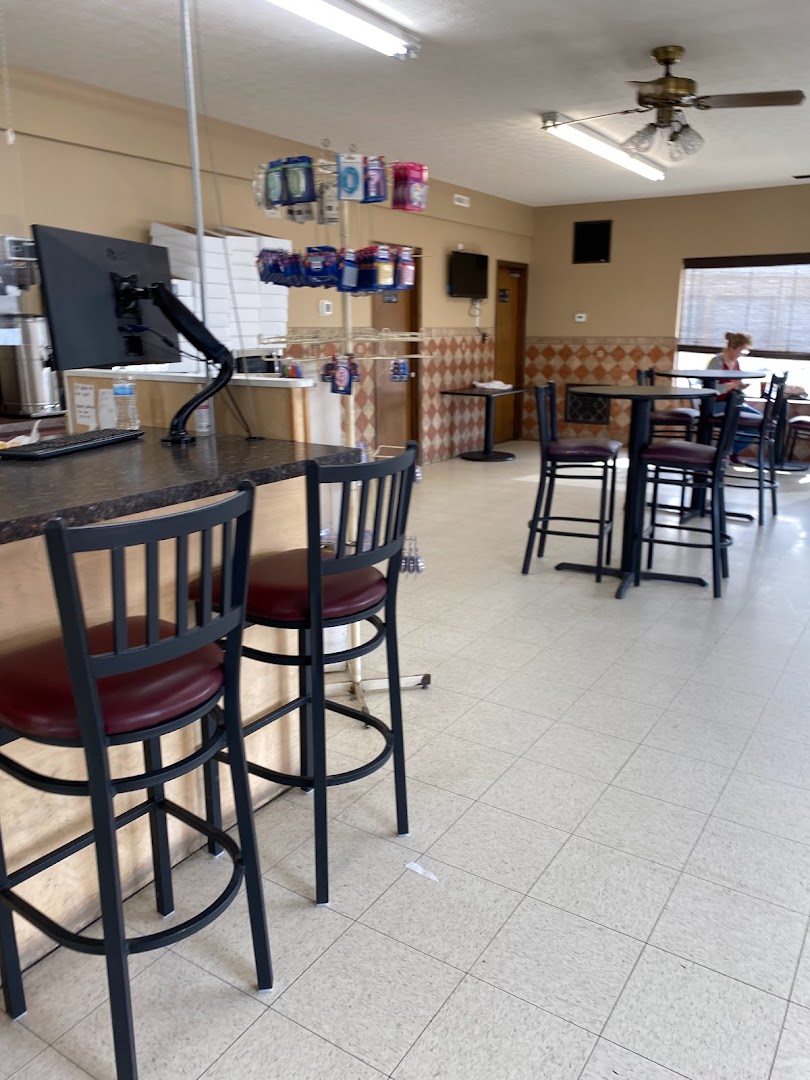 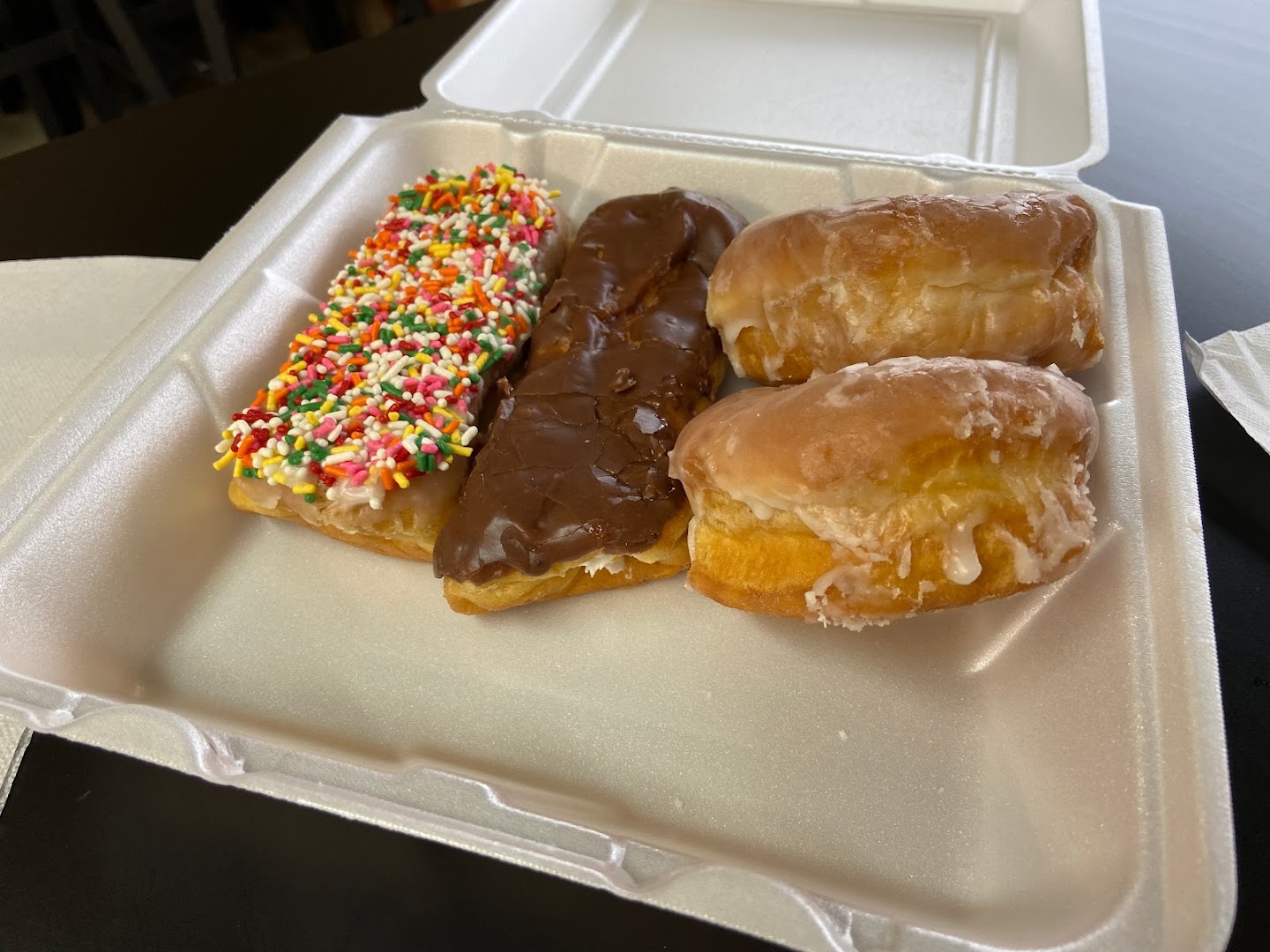 Donuts are one of those things where everybody has their favorite. Golden glaze is a place that carries some thing that is magnificent, and if you don’t get up early and get there you will not get the cream filled long John. I’m sorry it’s just a fact of life. They do have the round Creamfields and they’re good, but they’re not like the long John. All of the other donuts are absolutely amazing, so if you have to settle you’ll be OK. They have other things I’ve never tried them, because I can’t break away from the donuts but I’m sure they’re just as good. Well now I’m going to sound like a liar, because I did try one of their pies around Thanksgiving and it was amazing. So why did I think that everything else would not be the same. If you’re looking for a good local donut shop, someplace that can fulfill your sweet tooth and make your life just a better place than look no further.

Donuts at a neighborhood bakery? That is exactly what this is. You can obviously tell that making a “pretty” donut does not matter, but sugar content does! These are really, really good donuts! Not the best I have ever had but really good!

They went above and beyond for me and my wife today which was certainly not required of them but was absolutely appreciated. I’m glad I chose to go to golden glaze inc.

Also,
The pastries were fantastic. 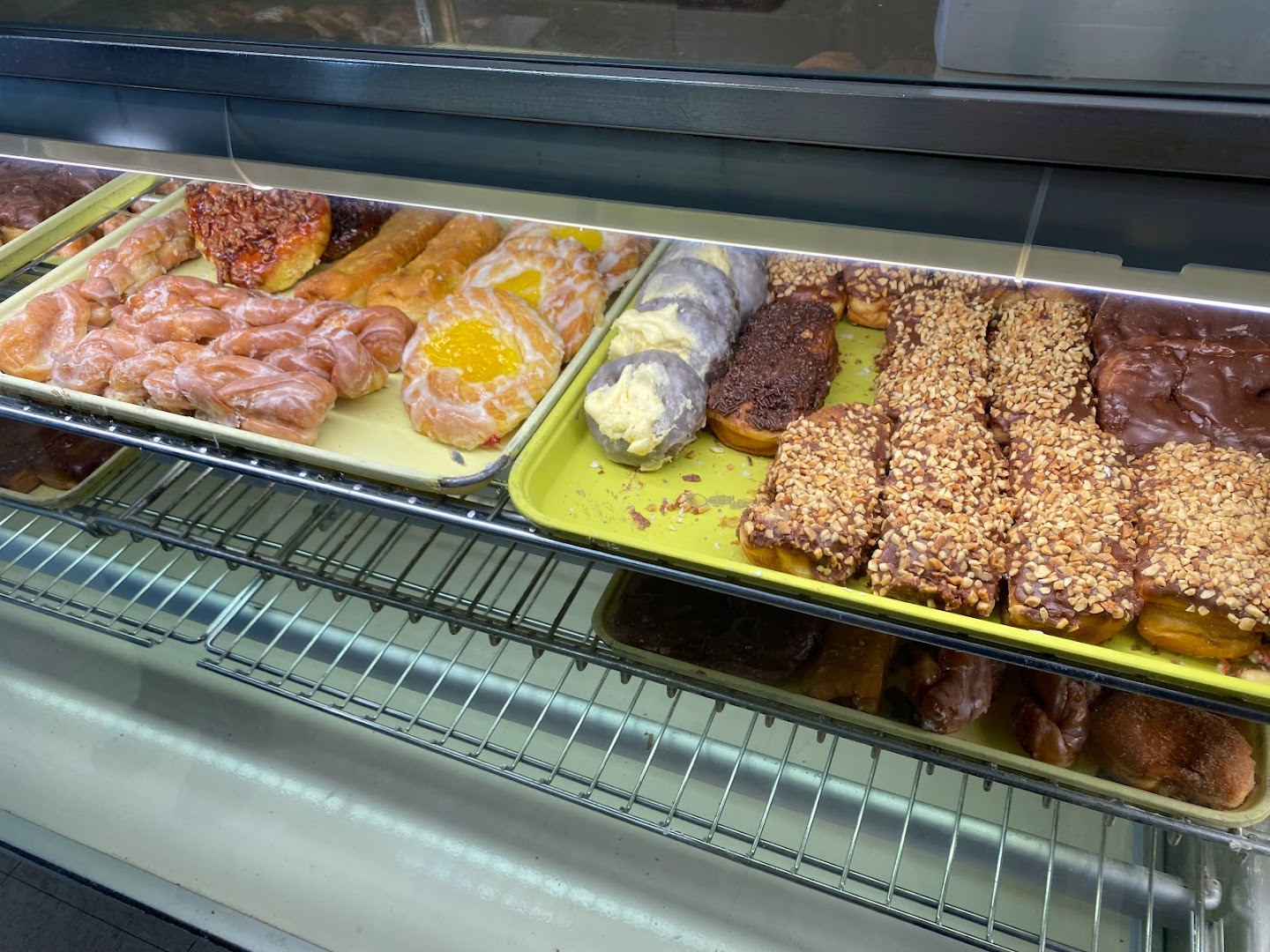 Golden Glaze has the best cakes known to mankind! I highly recommend this place to anyone across to world!

Great small town bakery with giant taste and best doughnuts and pastries around. Great cakes made to order as well

Absolutely Hands down the BEST donut place EVER!! I REFUSE TO EAT donuts from anywhere else!! 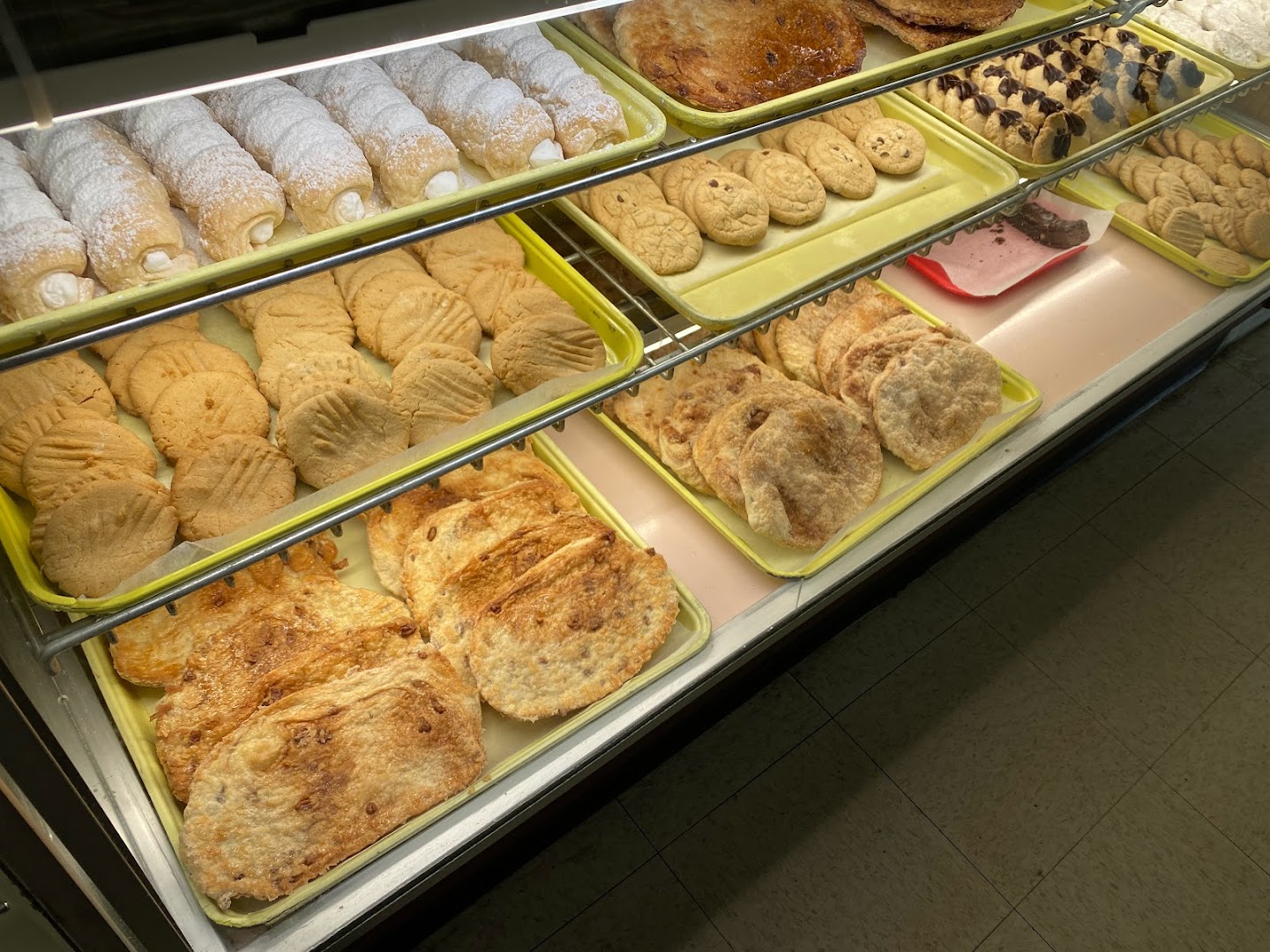 Bought a cake for my sisters birthday. Everyone said it was the best cake they had ever had. This place also sells the BEST jelly doughnuts around.

I have been going to this Bakery my whole life my grandmother bought every birthday cake for all of us grandchildren at this Bakery every year. Your birthday just wasn’t complete without a cake or cupcakes from Golden Glaze. I used to walk to school and stop at this Bakery and get donut holes and chocolate milk every day and I kept the tradition going when taking my kids to school. We would alway stop
in the mornings and got donut holes and chocolate milk. Thank you golden glaze for being such an awesome Bakery . You are not just a bakery you are a part of our family. We love Golden Glaze Bakery. If you haven’t tried golden glaze you’re not living your best life. 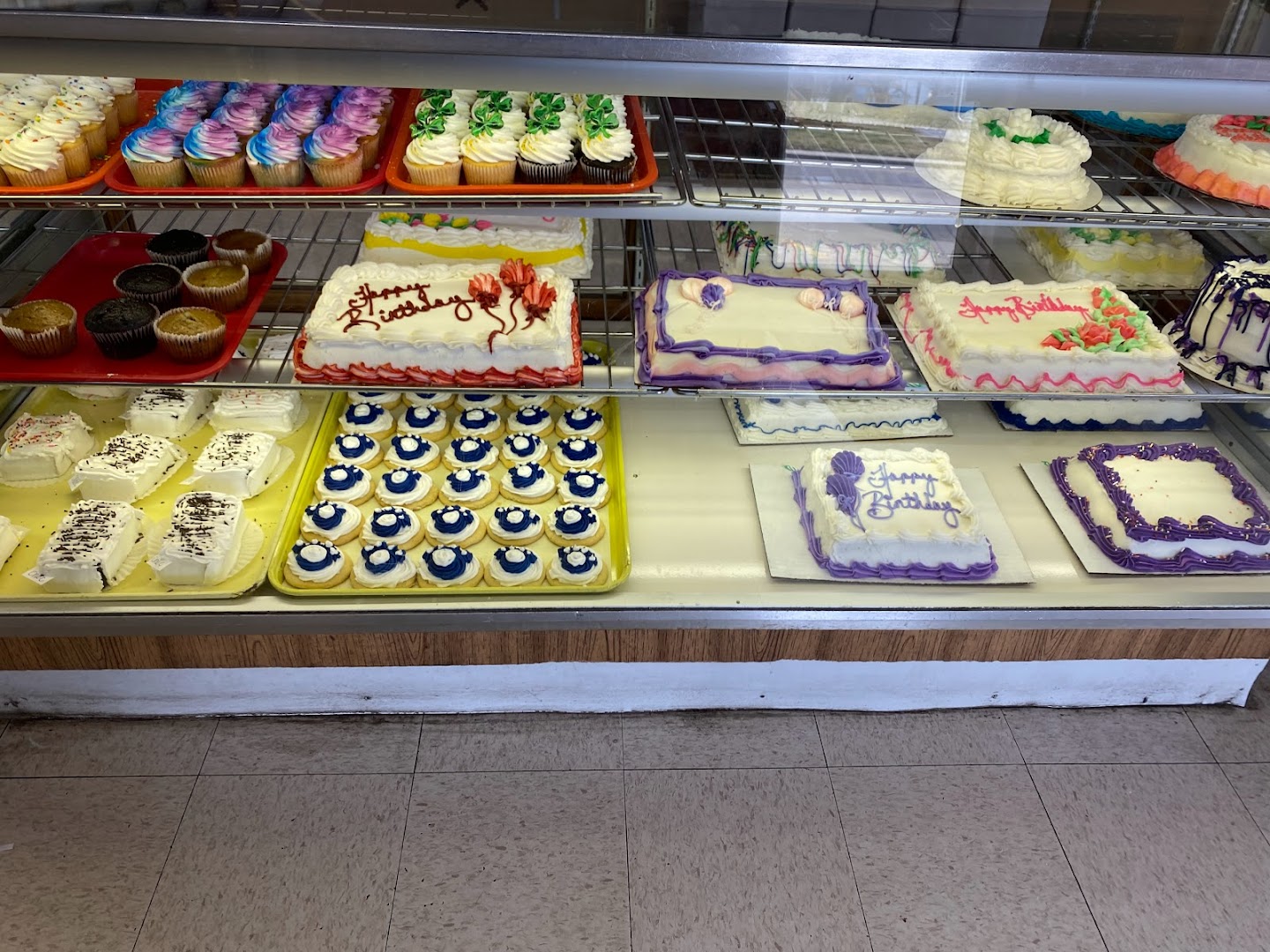 The last 3 cake I’ve ordered from there they’ve screwed up. The lasted was my 3 yr old cupcakes for school, when ordering I told her I didn’t not want solid white icing I wanted them colorful there for a 3 yr old. She said the had emoji rings the kids would probley like better than the happy birthday sign they had. Great I thought. When I picked them up at 7:30 am before they even handed them to me I saw white icing there suppose to be colorful the tag on then even said colorful. What do hard about that. So they said they could airbrush them to circle back around. So I did. Then when they handed them to me. They were emoji alright Valentine’s Day, they had hearts and lips on all of them. All they could say was you don’t have to take them. Where am I goin to get 24 cupcakes at 7:40 am. I’m not say there not good but the need a new cake decorator. I won’t buy anything there I’ll go to Evansville the cake is so much better anyway and cheaper.

Golden Glaze Bakery is the best place on Earth!! I love this place. I recommend eyeryone to try it. The donuts are delicious!! But come in the mornings to get the best selection. Because they are so good they sell out pretty quickly. They also have drinks for anyone who is curious about that. They have chocolate chip and peanut butter cookies,brownies,and pecan crispies plus more!!