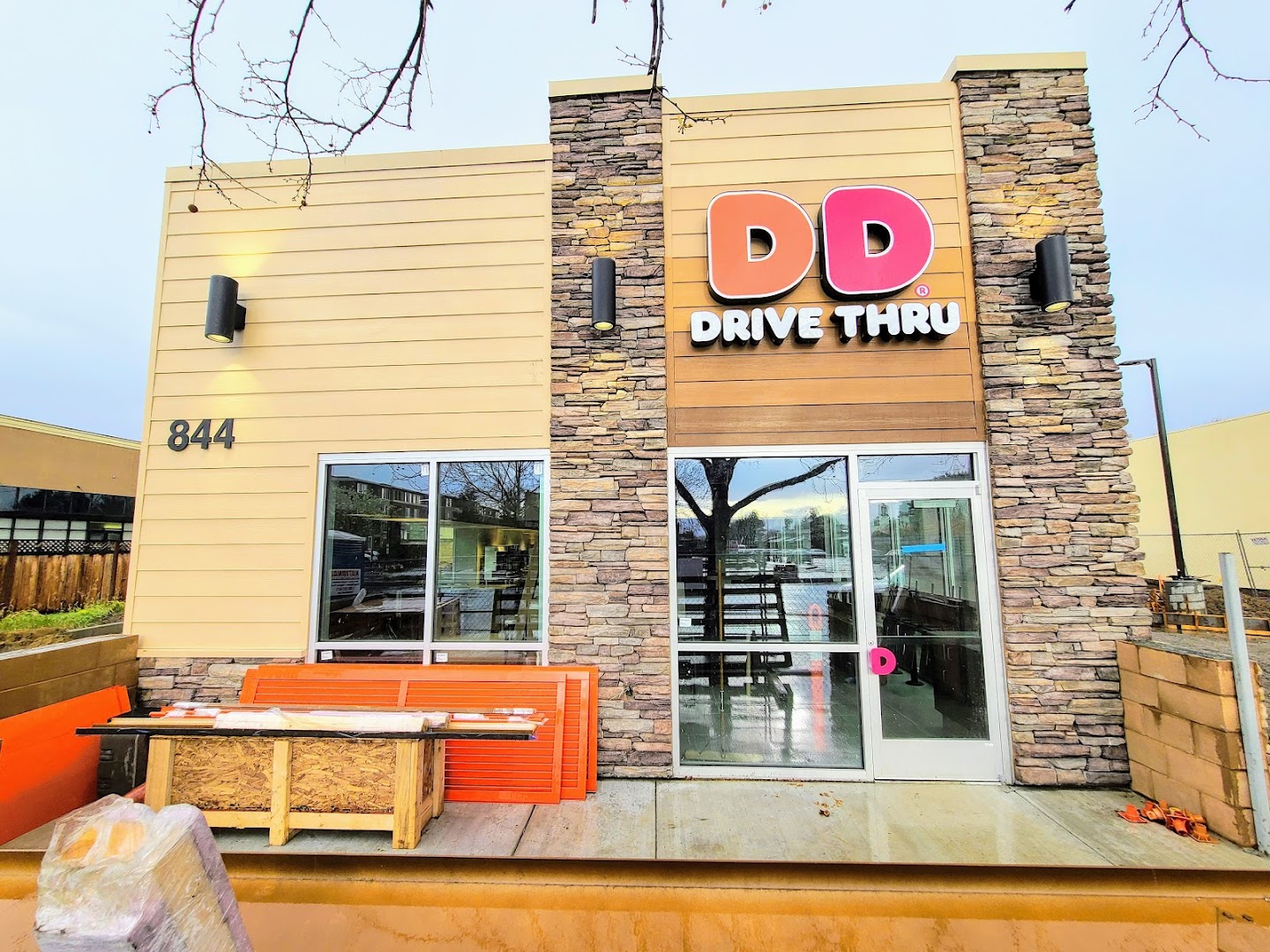 The place seems to be freshly renovated and was absolutely spotless. The parking lot and the inside were both very clean. They are parking onsite at the perimeter of the property and have a drive-thru also. They accept NFC payments. Comfortable seating inside: two seat tables, bar style high chairs and bench style couch in front of a large screen TV. Staff was very polite and quick with service.

Didn’t like the taste at all. The coffee should be on the tap but it is stored in large tumblers and the orders are prepared directly on the countertop by pouring from those jugs. I like my coffee sweet and ordered certain amount of sugar and none were added. Tasted like a gas station self prepared coffee and no way near to the Sunnyvale store

Went here to meet friends for an afternoon coffee/tea drink. I didn’t order any food, but from the display case they had a good selection of donuts and muffins which would satisfy the craving for that sweet tooth.

I was going to try their cold brew coffee and I think that would have been a better choice, but instead opted to try the blended matcha tea drink. Asked if it could be less sweet and they said it can’t be changed and that should have been the sign to go with the cold brew. But, I was willing to try it, but it turned out to be just overwhelmingly sweet, and could barely taste matcha. It’s mostly a premixed powder, which is fine, but they should not pre-sweeten it as it was just not a good blended drink.

Great breakfast sandwiches, but their donuts are only so-so. The coffee flavor rates a 5 out of 10 stars. Breakfast potatoes have weird taste, will not order those again.

This is by far the worst location I’ve ever been to. It’s horribly managed and their staff is rude and disorganized. I placed a drive thru order in their app and arrived 10 minutes later at about 6:30AM. As I pulled to the parking lot, it was closed. I parked and went inside. I went to the cashier and said that I had placed a drive thru order but the parking lot was closed. She just quickly snapped back in a disgruntled way “yeah,” as if I was inconveniencing her. She then looked down and yelled to the guy at the drive thru (even though it was closed) to make the avocado toast I ordered and she made the coffee. They hadn’t even started it even though I pre-ordered it. I then waited another 10 minutes for my order. In that time, one other customer came in that had pre-ordered and they had not made her order, either. I then would hear notification noises from their tablet…I’m assuming they were app orders but they would just hit the silent button and ignore it. I finally got my order, went to my car as I saw people try to pull into the parking lot then JUST DRIVE AWAY after thinking they’re just closed. As I pulled away, I opened my avocado toast and took a bite and found the food was super cold. I don’t know what they did in those 10 minutes but just stay away from this location.

The drive-thru was pretty slow-paced for a Saturday. Ordered a Turkey bagel sandwich and chicken bacon egg croissant. The service at the pickup window was quick, though the food wasn’t satisfactorily warm.

It is always a pleasant experience coming to this Dunkin location. The staff is ALWAYS friendly, polite and courteous. The few times where the line was longer than usual, they went above and beyond with the customer service. I don’t usually pay attention to the names of the employees, but everyone I’ve interacted has been wonderful. And I do visit the drive thru more than I’d like to admit lol. And I almost always order ahead via the Dunkin app.

Went there for cold brew and a glazed donut. I had Krispy Kreme last week, and I was curious about the here, because I’ve never had them. The donut was ok at best, because it didn’t seem freshly baked. The nitro cold brew was good, but not as foamy as what I would get at Starbucks.

The place was extremely quiet and still the four employees were very very slow. I assume no management was present because they waited to make a new pot of coffee until I’d already waited 5 minutes. Opposite of efficiency.

I’m really disappointed in the service. My total was $11.56 so I gave her a $21.56 expecting her to return a $10 bill but instead returned $9 and 40 cents in change. It doesn’t take a mathematician to do the math. I will not be returning.