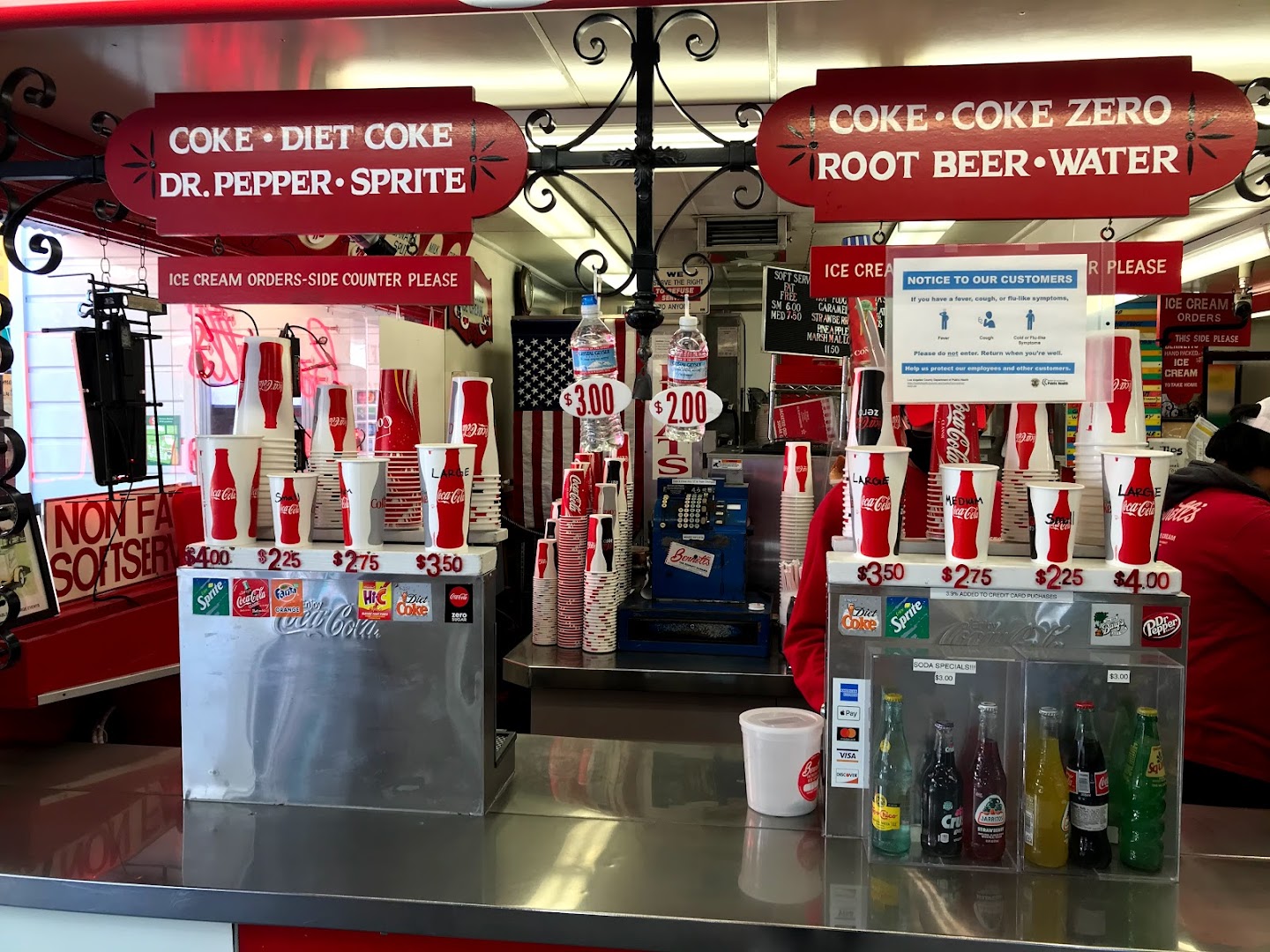 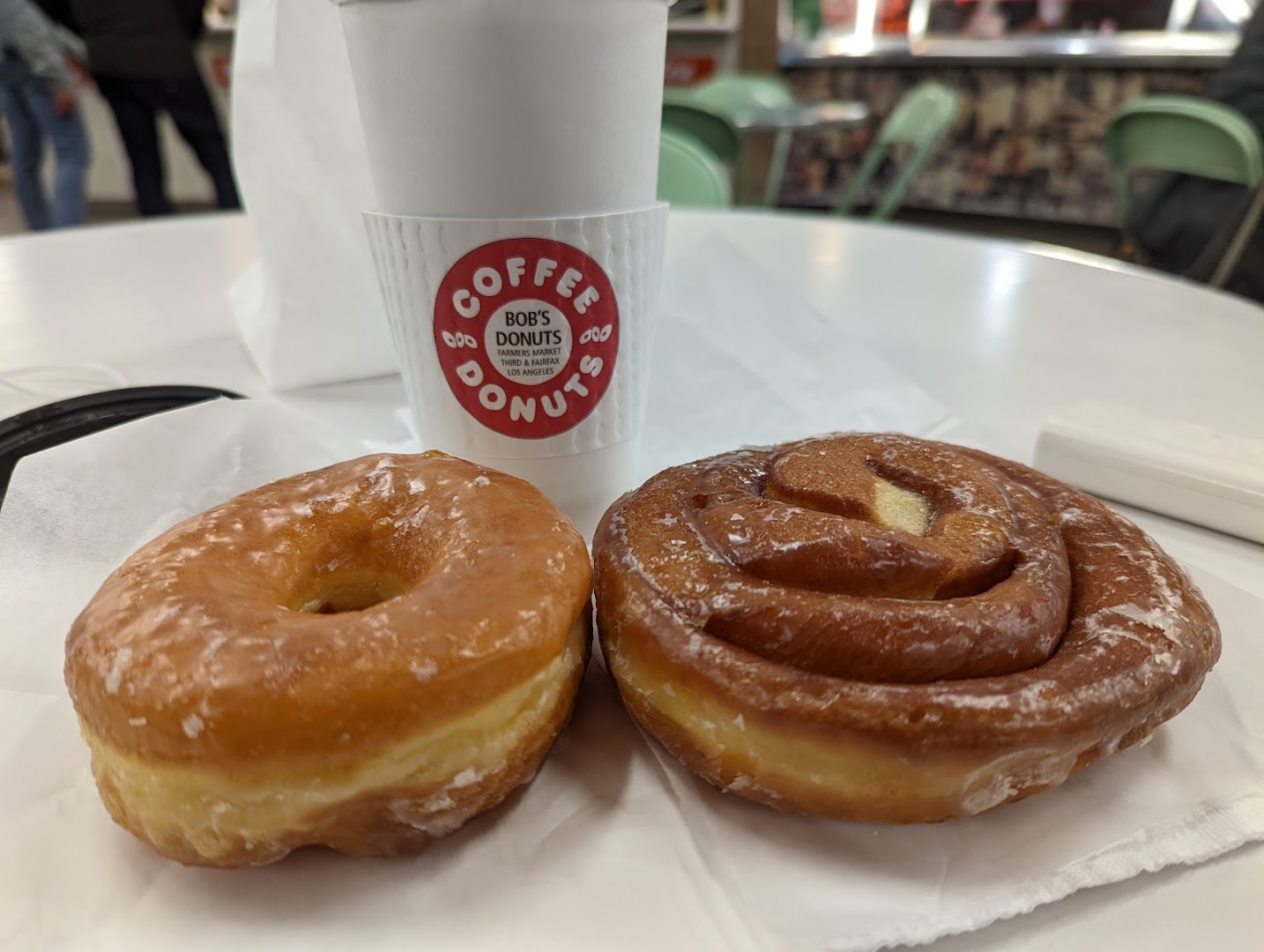 Less than fresh donuts with no care or attention to the dough texture or flavor. The “New Orleans style beignets” were of little resemblance to actual New Orleans beignets or French beignet or any kind of French pastry at all.
We were convinced into upgrading to ordering a dozen and none of the cakes impressed me this included the blueberry which was stale and lacking any kind of actual blueberry flavor or essence. He ordered the m&m cake which would have been an interesting idea, because the m&m’s were baked into the cake but the cake was stale.
The coffee was fine and the staff was friendly so three points for that and the exterior which is kitschy and cute.
It would have definitely gotten 5 out of 5 with just a little more care into the cakes and the beignet recipes.

Maybe the donuts are more fresh in the morning as my friend and I went at around 6 pm for dessert donuts after dinner at the farmers market.

Still though I think serving these donuts as beignets is doing a disservice to the name of the French pastry.

Got a half dozen mixed of the best sellers and have to day the fritter was probably my favorite! Nice sugar crisp outside, juicy small diced up apples and dough inside.
Had iced tea as well which was brewed perfectly!

Not my fave donuts, the glazed is better than the chocolate though. But I like their coffee. Many choices of donuts here. 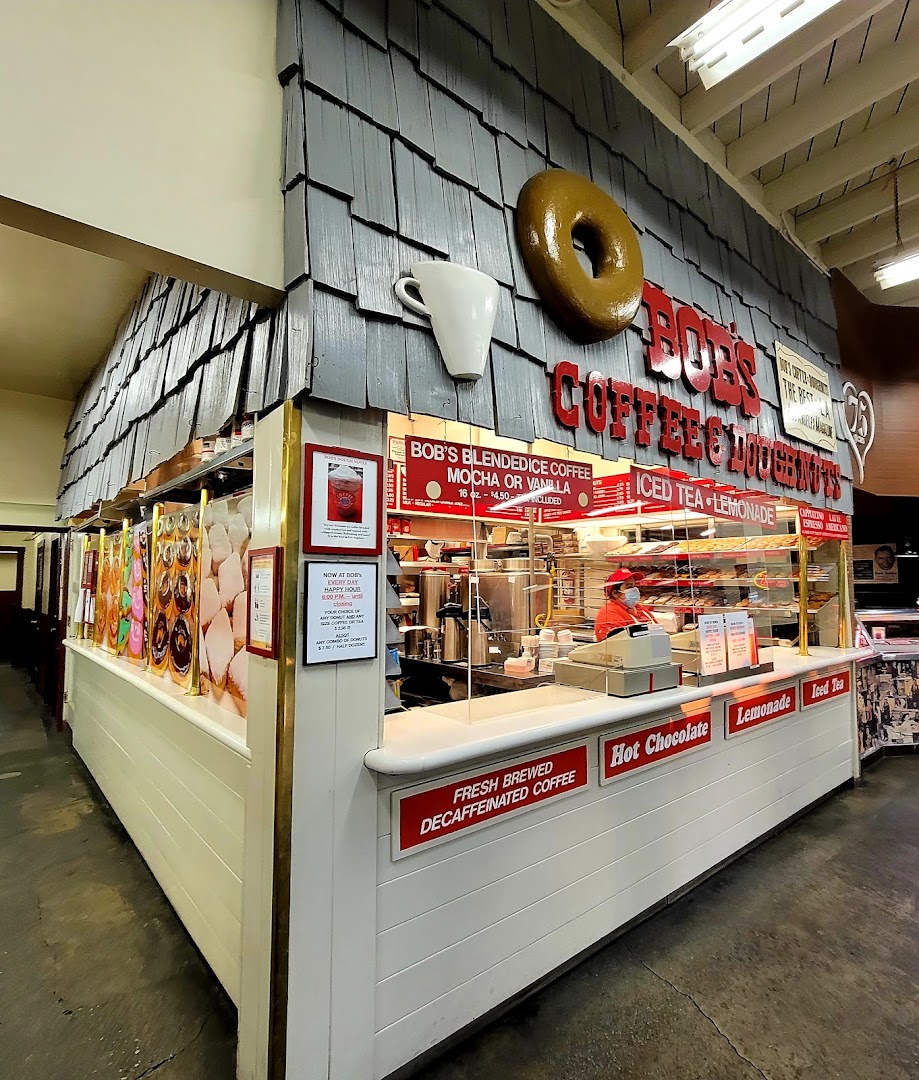 Good doughnut, not great given the price and the hype and the crowds and the heinous parking. Cake donut was $2.75 and if it were $1.50 the price would have equaled the taste.

Great donut shop located in the Farmers Market. This place has been serving up delicious donuts since 1947. Must be doing something right.

Hands down, the best donuts …. Large, soft, fluffy, buttery all in one delicious treats. Donuts are made freshly daily. Reasonable prices. The classics are scrumptious the glazed, blueberry cake, maple bar glazed twist, and old fashioned are a must. They also sell freshly made hot beignets. Don’t miss out on the happy hour. Great prices after 6pm. Will definitely return in the near future. 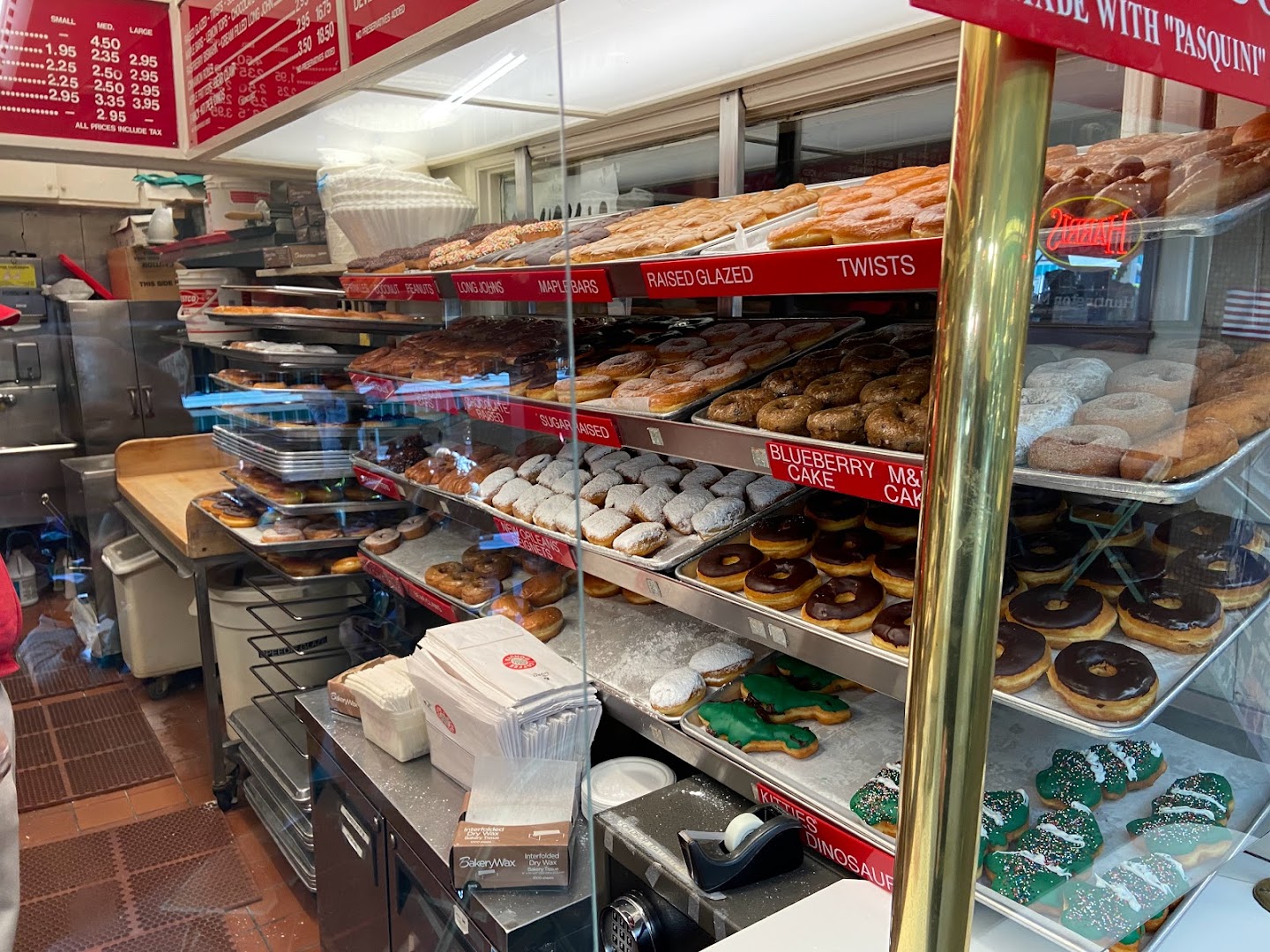 First time to taste Apple Fritter. It’s crunchy outside but soft inside and very sweet! Cool thong to try. 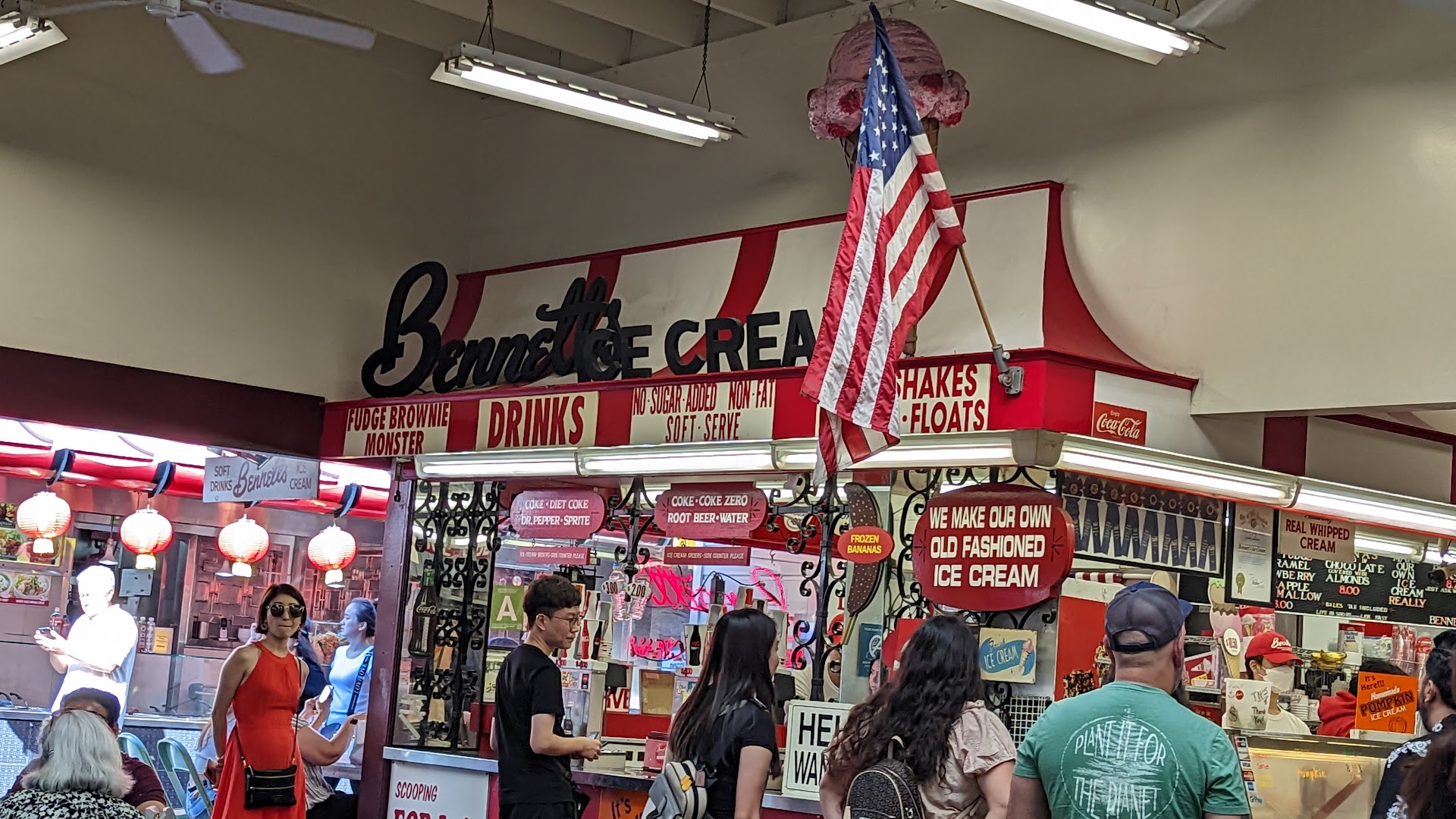 Fresh delicious doughnuts!
Probably one of the best doughnuts I’ve ever tasted

The sign says best in LA. The coffee is really good! My wife got a cinnamon roll and I got a chocolate frosted raised donut. They were also very good. Surprise, the chocolate frosting is on top of a glazed donut! Awesome!